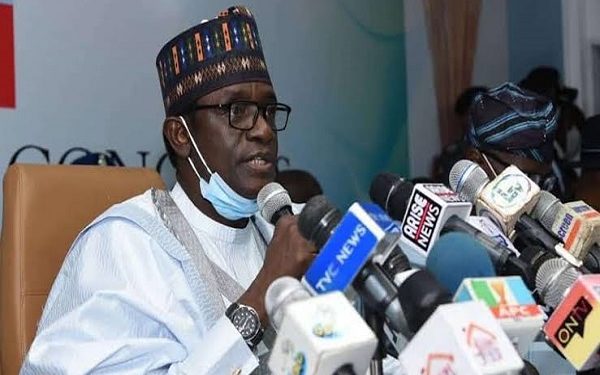 Resentment is growing in the All Progressives Congress (APC) over alleged plot by some party chieftains to further extend the tenure of the Governor Mai Mala Buni-led Caretaker/Extraordinary National Convention Planning Committee of the party.

Consequently, some interest groups are said to be warming up for a showdown should the Buni-led committee renege on its mandate to conduct a national convention in June, about three months away.

The committee was set up in June 2020, following the dissolution of the party’s National Working Committee (NWC), led by a former Edo State Governor, Comrade Adams Oshiomhole, with a six-month mandate to reform the party and conduct a national convention to birth a new leadership.

However, a few weeks to the end of its tenure, the caretaker committee sought and got approval from the National Executive Committee (NEC) of the party for the elongation of its tenure beyond December 2020, on the ground that it still had a lot to put in place for a successful national convention.

The NEC extended the committee tenure by six month, giving it till June 2021 to wrap up its assignment and leave office.

However, with about three months to the end of its new six month tenure, strong indications are emerging that the caretaker committee, with the backing of governors elected on the platform of the party, plans a fresh elongation.

A member of the committee, who sought anonymity, denied that the committee  is instigating the move for a fresh tenure elongation.

Said he: “Left for us, we want to hand over as soon as possible. It is actually concerned stakeholders that are eager to see us do more before leaving.”

Some chieftains of the party are ill at ease with what they call  lack of preparation for a national convention on the part of the Buni committee.

One of them said: “the committee appears to be more interested in altering some administrative structures of the party ahead of the convention for reasons best known to them.

“The main tasks of reconciling aggrieved party members and conducting a national convention have been left unattended for three, out of the new six months they got in December.

“While we are still wondering how they will finish the revalidation and registration exercise in good time for a convention in December as mandated, they extended the exercise till the end of March.

“They plan to collate the outcome of the exercise and prepare party registers for all units nationwide before convention. With so many people wondering if this is not a ploy to seek another extension, we were recently told the committee plan to review the party’s constitution as well.

“These are some of the reasons people are worried.”

Commencing the process of reviewing its constitution ahead of 2023 General Elections, the party recently inaugurated an eight-man Constitutional Review Committee in Abuja.

Secretary of the Caretaker/Extraordinary National Convention Planning Committee, John Akpanudoedehe, said: “the APC leadership under Gov. Mai Mala Buni believes that in rebuilding the party, there must be reforms that reflect the current trends and aspirations of the owners of the party: that is the people, the masses.”

Indications are strong that the tenure elongation plot enjoys the support of the APC governors.

A source said: “the governors are comfortable with the Buni-led committee. It is their show and it has given them the opportunity to once again take over the party structures in their states to the disadvantage of other interest groups in the party. They want to entrench themselves further before the committee in their respective states. That is why they are championing the elongation plot.

“Now, they are handpicking party executives under the guise of caretaker committees here and there. We all saw what happened in Kwara State where the governor used his power to remove the duly elected party chairman and install another person as caretaker chairman, with the support of the Buni committee.

“Now, they are coming together daily to tamper with the zonal structures across the country. They have their own agenda. That is why they will support elongation for the caretaker arrangement.”

Some other sources told The Nation that the Buni committee and the governors backing them will meet a strong resistance should they approach the party’s NEC with an elongation request this time.

“It will be different this time. Though, like I told you earlier, many people are afraid to speak out now for fear of being victimised, I can assure you the plot will fail. It is either we force them to stick to their tenure and mandate or we ask them to resign and go home. The party belongs to all of us,” a source said.

NAIJA LIVE TV also gathered that the majority of the party’s National Assembly caucuses are prepared to oppose the move.

A source said: “The truth is that it is only the governors that are benefitting from the current arrangement. Unlike in the immediate past, they are now so powerful that they want to determine the fate of National Assembly members.

“That is why you see a crisis in many states now between NASS members and their governors within our party. Even the few state party chairmen who are lucky to remain in office are eager to have a convention. So, naturally, we will no longer sit by and watch the governor pocket our party.”

A prominent chieftain of the party from the North-central said the alleged elongation plot will mean shifting the convention beyond June 2021.

His words: “This is not good for us as a party but unfortunately, we heard it on good authority that this is in the making.

“My fear is that this may give room for fresh legal and political crises. We must not take the patience of our members for granted.

“Any elongation will lead to fresh court cases and political confusions. We must not allow such to happen again.

“We shouldn’t allow the old order, the impunity that characterised the APC in the past to resurface in another form. It will be counterproductive.”

But the APC Caretaker Committee said it is still committed to the convocation of national convention of the party by June this year.

The Secretary to the Caretaker Committee, Senator Akpanudoedehe, in a telephone interview said despite all the activities and the assignments given to it by the NEC meeting held in December last year, the Committee is focused and believes the June deadline is realisable.