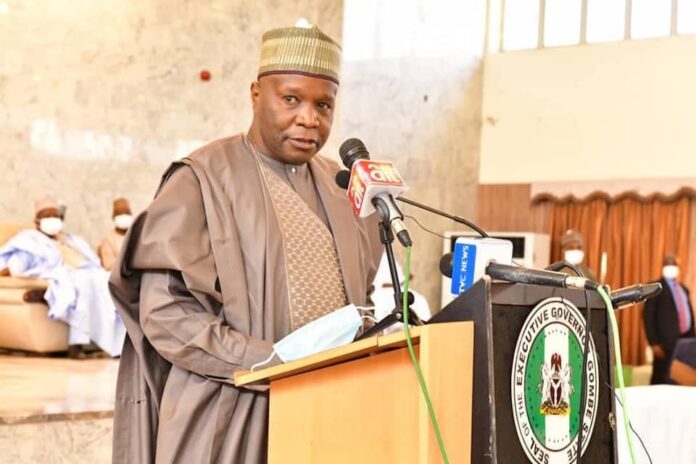 Governor Muhammadu Yahaya of Gombe State says the De-radicalisation, Rehabilitation and Reintegration Camp for repentant Boko Haram members located at Kwami Local Government Area of the state should be relocated to the Nigerian Army University in Biu.

He said despite providing shelter for the Federal Government’s initiative, the camp had only hosted non-indigenes adding that the state should not be made to suffer for hosting such facility.

The camp, which has rehabilitated hundreds of repentant Boko Haram members mainly from other parts of the North-East, in a facility built by the state government for the National Youth Service Corps as orientation camp.

Yahaya said, “Gombe has been hosting the de-radicalisation camp for the past six years.
“It was meant to be a temporary arrangement for six months, but now, it has turned to be a permanent feature and the security authorities are even looking for expansion.

Drama As Nigerian Man Climbs Mast, Threatens Suicide If A Woman Is Not Married To Him

Why I dumped APC for PDP – Gombe Minority Leader

How restructuring will help Nigeria — Dankwambo