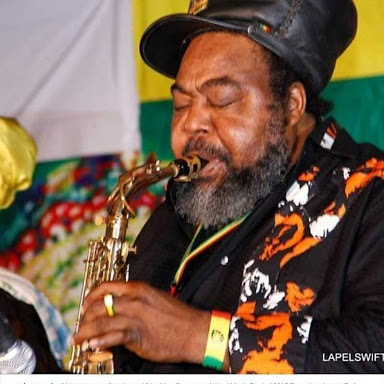 Chief James Onanefe Ibori has described the death of the musical icon, Ras Kimono, as a big blow to him personally, Delta State, Nigeria and the entire globe. Ibori said that “Kimono was a gifted revolutionary who applied his immense musical talent and impressive energy to make not just Nigeria but the entire world a better place”.

In a press statement issued by his Media Assistant, Tony Eluemunor, Ibori said of the legendary musician: “I have known Ras Kimono for a very long time. While I was Delta State Governor from 1999 to 2007, the musician remained close to me all through. He would often visit me and I was open to whatever advice he had to offer. I also enjoyed a warm personal relationship with him. He would often come along with one or two of his fellow musicians and would throw banters on end”.

Ibori said that “Ras Kimono was one of those who kept the flag of Delta State, flying as the talent hub of Nigeria, – thorough going professionals, gifted musicians, actors and actresses, sports people, comedians, intellectuals, top polity-enhancing bureaucrats, immensely talented youths who excel in all wholesome fields”.

Ibori added that “Nigeria will never forget Ras Kimono; for me, his memory will always have a warm place in my heart for he was a dear friend who remained faithful through thick and thin, and who brought pride, not just to his Onocha-Olona town, but to the good people of Delta State”.

Delta 2023: Those planning to disgrace me shall suffer shame – Ex-Gov. James Onanefe Ibori