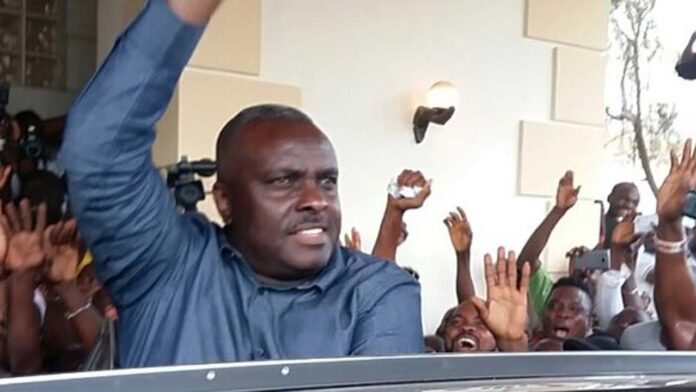 The leadership of the Ijaw Youths Council (IYC) Worldwide has described a former Delta State Governor, Chief James Ibori, as the father and courageous apostle of resource control.

The IYC President, Peter Timothy Igbifa, in a statement he issued in Port Harcourt to mark Ibori’s 63rd birthday, said the former governor had remained outstanding for championing Ijaw’s agitation for resource control alongside the late former Governor Diepreye Alamieyeseigha.

Igbifa, who further described Ibori as the the leader with the minder’s touch said the former governor had remained indispensable in the political space because he provided a platform for youths to actualise their economic and political ambitions.

He said Ibori had remained a rallying point in Delta and Niger Delta for his selfless sacrifice, astuteness and forthrighness.

Peter appealed to Ibori, whom he referred to as a man of justice, to endorse the agitation for the emergence of a governor from Ijaw extraction in Delta in 2023.

“We are appealing to Chief Ibori, one of our respected leaders in the Niger Delta to help our agitation for a governor from Ijaw extraction to govern Delta State for the first time in 2023 in the interest of justice, fairness and equity.

“The entire Ijaw nation is with him as he marks his 63rd birthday and we wish him long life and good health”.