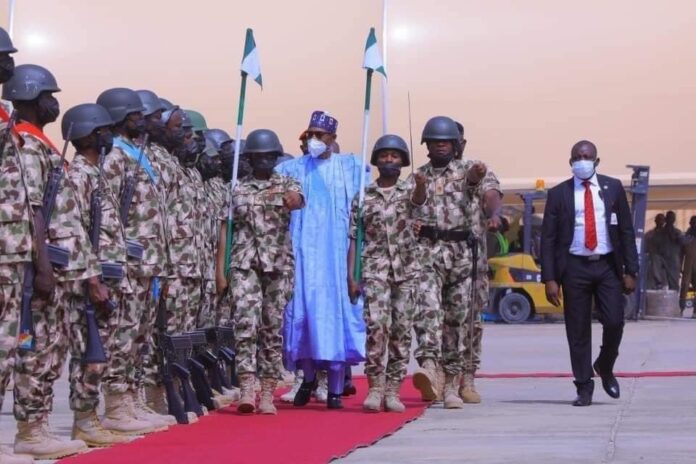 President Buhari landed at about 10:05a.m., amid tight security.

Thereafter, he would inspect a Guard of Honour, before proceeding to commission some projects as well as appraise the security situation at the Theatre Command of Operation Hadin Kai, Mamalari Cantonment.

Recall that the Chief of Defence Staff, General Lucky Irabor-led service chiefs and the Inspector-General of Police to Maiduguri yesterday (Read it HERE) ahead of the President’s visit.