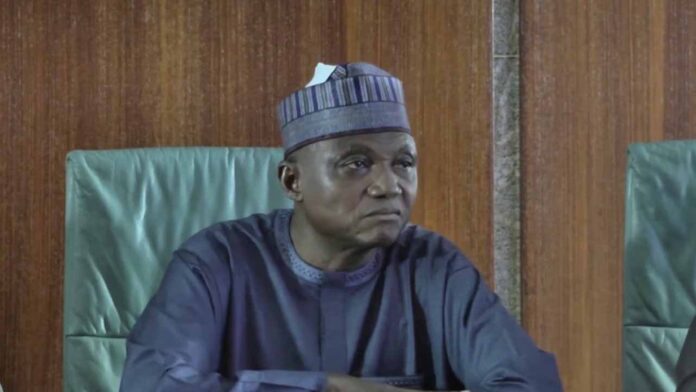 The presidency has mocked the Peoples Democratic Party (PDP) over the ban on Twitter in Nigeria.

The aide alleged that the PDP was in the habit of creating information that promoted the division of the people and the nation.

“The PDP grieve over the Federal Government’s action over Twitter – for it represents the curtailment of their ability to use the platform to spread fake news and invented stories to the detriment of community and good-neighbourliness between the peoples of Nigeria,” he said.

Shehu claimed that the PDP proposed no solutions to any of the country’s challenges in the face of COVID-19 and global economic downturn.

“Instead, they grasp for more money and mourn their lack of access to social media to spread falsehoods and hate”, he noted.

The presidency said PDP’s inefficiency was why Buhari and the APC ended their rule in 2015 and was re-elected in 2019.

After their meeting in Uyo, the Akwa Ibom capital, the PDP Governors’ Forum condemned the suspension of Twitter operations.

They accused the Buhari administration of depriving millions of Nigerians freedom of expression and access to information.

“The mere ego of Mr. President is not enough for such a drastic action an affordable means of expression and communication.

“We hope that this is not a harbinger or early warning signs of descent into dictatorship”, the Forum Chairman and Sokoto Governor, Aminu Tambuwal said.

The governors insisted that social media regulation can only be done within the existing laws and should not be used as an attempt to gag Nigerians.