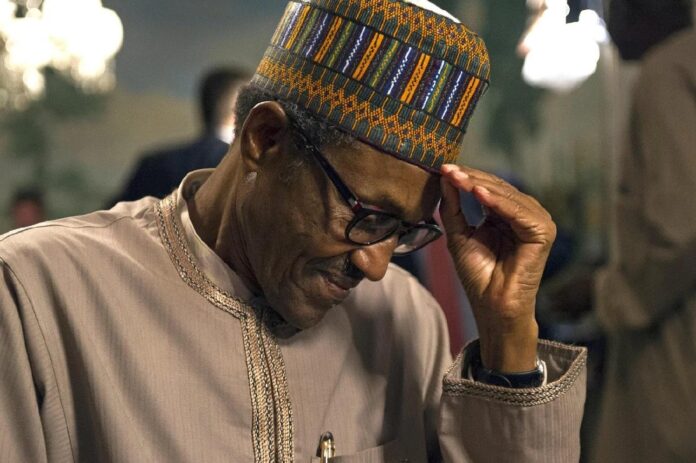 Candidate of the Hope Democratic Party, HDP, in the last presidential election, Chief Ambrose Owuru, has approached the Federal High Court in Abuja, asking it to declare the seat of President Muhammadu Buhari vacant.

Owuru, who was among the four petitioners that went to tribunal to challenge President Buhari’s re-election, in his fresh suit, sought for an order to restrain the Independent National Electoral Commission, INEC, from “undertaking or planning any other election into the office of the President”, in 2023.

The Plaintiff, in his suit marked FHC/ABJ/CS/480/2021, maintained that Buhari is “an unlawful President that is illegally occupying the Presidential seat”.

It will be recalled that Owuru and his party, HDP, had in an earlier appeal they litigated up to the Supreme Court, insisted that the Justice Mohammed Garba-led Presidential Election Petition Tribunal, erroneously dismissed a petition they lodged against the return of President Buhari of the All Progressive Congress, APC, as winner of the presidential election that held on February 23, 2019.

They specifically prayed the apex court to sack Buhari on the premise that he emerged through an illegal process.

According to the Appellants, INEC, failed to follow condition precedents stipulated in the Electoral Act, when it unduly postponed the presidential election that was originally fixed for February 16.

The HDP claimed that its candidate, Owuru, secured over 50million votes in a referendum that was conducted by both electorates and observer networks that were dissatisfied with the unilateral postponement of the presidential election by INEC.

However, in a unanimous decision, a five-man panel of Justices of the Supreme Court led by Justice Mary Odili, struck out the appeal for constituting “a gross abuse of the judicial process”.

Meantime, in the fresh suit, Owuru and his party, argued that their suit against Buhari at the Supreme Court was inconclusive.

The Plaintiffs argued that the case was fixed outside the 60 days period that was allowed by the law.

Owuru asked the court to declare him the authentic winner of the last presidential poll, as well as, to issue an order for his immediate inauguration to take over from Buhari.

He prayed the court to declare that he is entitled to serve out a tenure of 4 years after his formal inauguration.

More so, the HDP presidential candidate, aside from asking for Buhari’s immediate removal from office, equally prayed the court to compel him to refund all salaries, allowances and emoluments he collected while he unlawfully stayed in office as President.

Owuru also asked the court to give an order that salaries, allowances and emoluments be paid to him from May 29, 2019, when he ought to have been sworn in, till date.

The Plaintiff further applied for, “An order of interlocutory injunction restraining the Respondents by themselves and acting through their agents, servants, privies and or proxies howsoever from any further organizing, undertaking or planning of any other election into the office of the President of Nigeria or any such other Presidential Election interfering, harrasing and or disturbing the Applicant adjudged acquired right as unopposed and unchallenged winner of the original scheduled and held the February 16 Presidential Election thereof until the 1st Applicant unserved constitutional four years term of office is served pending the hearing and determination of the substantive suit by this honourable court”.

Cited as 1st to 3rd Respondents in the matter were President Buhari, the Attorney General of the Federation, and INEC.

Meanwhile, no date has been fixed for the matter to be heard.