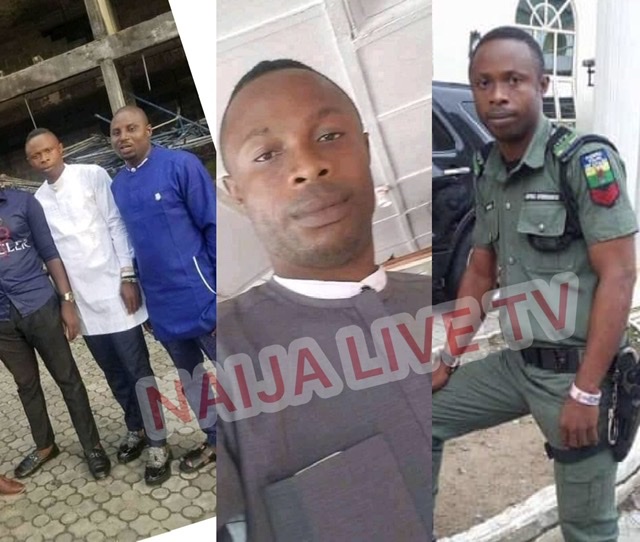 A police sergeant identified as Governor Akpos yesterday stabbed his cousin, Yerins Sapele, who is also a police sergeant to death over what eyewitnesses described as minor disagreement in Edepie area of Bayelsa State.

According to friends of the two policemen, the cousins attended a marriage ceremony at a popular hotel along INEC road in Yenagoa metropolis, where they had minor Jockes the deceased cracked on the table they were seated.

NAIJA LIVE TV learnt that Akpos who is said to be short tempered didn’t feel happy about the Jokes and reacted to the jokes in a violent manner during the ceremony.

According to sources, they were almost engaged in fisticuffs, when friends stepped in and settled the two policemen.

NAIJA LIVE TV further gathered that after peace between the two policemen was reached, the two brothers left the venue with the belief that they were going to their separate homes.

According to our source, the vengeance hungry Akpos, instead of going home, trailed Yerins to a secluded place and stabbed him with a dagger on the left part of the ribs which killed him instantly.

However, the Nigerian Police Force, Bayelsa State Command, is yet to react to the incident.