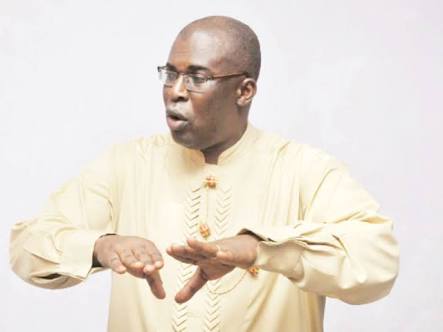 …..Insist on choice of Angbare over Yekini

A group known as Progressives for Good Governance (PGG) has accused the Former Governor of Bayelsa State, Chief Timipre Sylva over the alleged attempt to impose a Delta Indigent, Yekini Nabena as the Deputy National Publicity Secetary of the All Progressive Congress (APC) ahead of the National Convention of the Party.

According to the group, though Yekini served as an ex-officio member of the National Executive of the party despite protest from members of the APC in Bayelsa, the second attempt by Chief Timipre Sylva to hand over the slot of the Deputy National Publicoty Secetary of the party to Yekini Nabena will be resisted.

Kpodoh, who is a chieftain of the APC from Sagbama Local Government Area, called on the leaders of the party in the South South region to stop the clandestine move by Chief Timipre Sylva to impose his stooge on the party in the state and consider the widely acceptable choice of the Former Governorship aspirant and ex-Sports Commissioner, Comrade Ebitimi Angbare for the position of Deputy National Publicity Secetary.

According to the group, Comrade Ebitimi Angbare possessed a track record of integrity and loyalty,”he served as Commissioner of Sports and Bayelsa emerged top among comity of states. He defeated a sitting Governor, Timipre Sylva, at the Governorship election appeal Court to secure a re-run election in Bayelsa. He refused to be compromised and focus on the need of the people.Maybe this is why the pro-sylva group are conspiring against his emergence. ”

According to Kpodoh, after due consultation with progressive minded party members, “we pleaded with party leaders and members to concede the position of national Deputy Secetary to a true born of Bayelsa State for political correctness,”

“it is only proper for positions allotted the block (Rivers/Bayelsa) to switch after four years. That Bayelsa may feel the impact of office of deputy national Publicity secretary.. After eight years these positions will move from our block and maybe the zone.”

” We shall also plead with our leader to consider growing the party in Bayelsa.With two APC senators we can safely say that 2/3 of Rivers state is in our Kitty, there are heavy duty political offices also domiciled in Rivers, the story is different in Bayelsa.Growing the party in bayelsa is a plus for our Rivers brethren because we are still very entrenched in Rivers politics and our support will count when it is time to kick out the noise ”

On the alleged plot by the former Governor, Chief Timipre Sylva, Chief Perekeme Kpodoh warned the party leaders against allowing the imposition of candidates,”this was how he installed Chairmen of the State executive of the party ahead of the 2016 governorship election and lost the good will of the people. “