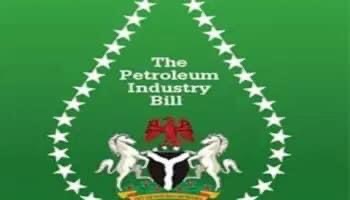 THE Conference Committee of the Senate and the House of Representatives on a Bill for an Act to provide Legal, Governance, Regulatory and Fiscal Framework for the Nigerian Petroleum Industry, the Development of Host Communities has adopted 3 percent as the actual annual operating expenditure of the preceding financial year in the upstream petroleum operations affecting the host communities for funding of the Host Communities Trust Fund.

With this development, the Committee has adopted the Senate Version which had last week approved 3 percent while the House of Representatives settled for 5 percent when the Petroleum Industry Bill, PIB was passed.

The Conference Committee has also adopted the 30% approved for Frontier basins development for oil exploration as approved by the Senate last week.

Resolutions of the Senate Thursday was sequel to the presentation and consideration of the Conference Committee report on the Petroleum Industry Bill, 2021( SB.510) by the Senate Leader, Senator Yahaya Abdullahi, All Progressives Congress, APC, Kebbi North.