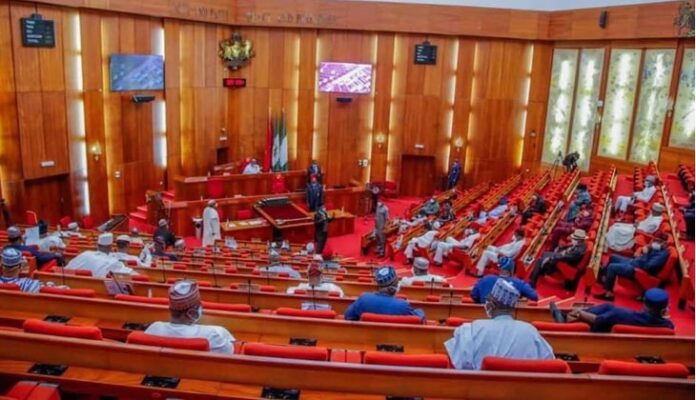 There was uproar on the floor of the Senate on Thursday over the mode of transmission of results by the Independent National Electoral Commission on election day.

Trouble started when the red chamber attempted to amend Clause 52 (3) of the new Electoral Act.

The joint National Assembly Committee on INEC and Electoral Matters has recommended that INEC should reserve the power to transmit results by electronic means where applicable on the day of election.

However, Senator representing Niger North, Sabi Abdullahi said that the power to determine the practicability of electronic transmission should be saddled with the Nigerian Communications Commission with the approval of the National Assembly.

There was confusion and commotion when the Senate President put the amends sought by Abdullahi to voice vote and he ruled in favour of the Niger Senator.

Lawan’s action further fueled the anger of many senators, mostly from the southern part of the country and this led to a stalemate that lasted over 20 minutes.

The development forced the Senate President to call for a closed session.