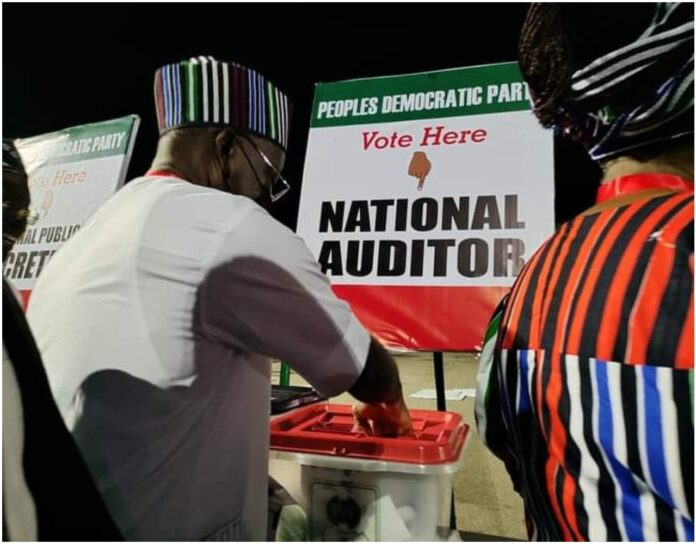 Benue State Governor, Samuel Ortom has led the 117 delegates of the state to vote in the PDP 2021 Special Elective National Convention holding at Eagle Square, Abuja.

A total of 3,511 accredited delegates to the National Convention are being called out to vote.

First to be called were delegates from Abia and Adamawa states. Abia has 116 delegates while Adamawa has 118 delegates.

According to the Chairman, Central Planning Committee of the Convention and Governor of Adamawa State, Alhaji Umaru Fintiri, there are a total of 3,701 delegates in the PDP, out of which 3,511 have been accredited.

Why we handed over Benue PDP to Ortom – David Mark