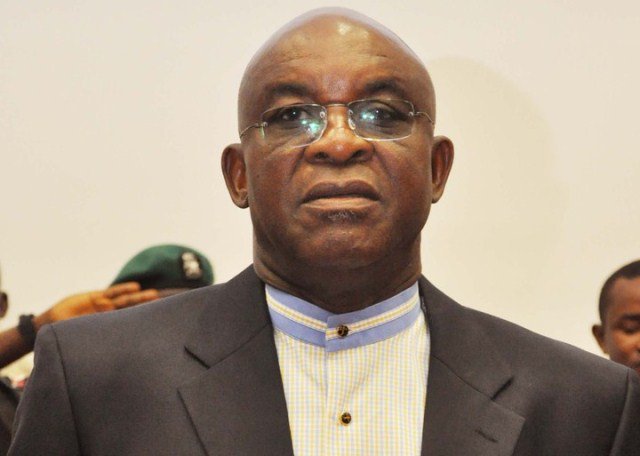 Former President of the Senate, David Mark has explained why the Peoples Democratic Party handed over the party’s structures to Governor Samuel Ortom of Benue State.

Naija Live Tv Earlier reports that PDP handed over the party’s structure to Ortom at an expanded caucus meeting held in Makurdi on Monday.

Speaking with newmen shortly after the meeting, Mark said that the stakeholders’ meeting was the first of the harmonised PDP since Ortom came back to the party.

He said that with the calibre of the people that had come back to PDP’s fold, it could win any election in the country.

Senator Mark also added that both the old and new members of the party had equal rights in the party, stressing that it was on that basis that the party’s executive positions had to be reviewed so as to accommodate the people that just defected to it.

“As they joined us we need to give them some positions thereby giving them a sense of belonging.

“We have constituted an Integration Committee which will work 24/7 to ensure proper harmonisation right from the council ward upwards,” he said.

Also, Ortom promised that all the political leaders of the party in the state would continue to work together and it would be sustained.

The Governor said that in politics there was neither permanent enemy nor friend but what was permanent was interest.

“Our coming together was for the interest of the state and that was what brought them together,” he said.

He commended the party’s leadership for agreeing to review the party’s structure in order to accommodate the people that defected with him to PDP.

He said that other governorship aspirants of the party should not be worried because even as a leader of the party now he could not compromise the rules and constitution of the party.

“There will be a level playing field for all the aspirants,” he said.

Police To Sue Sahara Reporters Over ‘Misleading’ Report On...