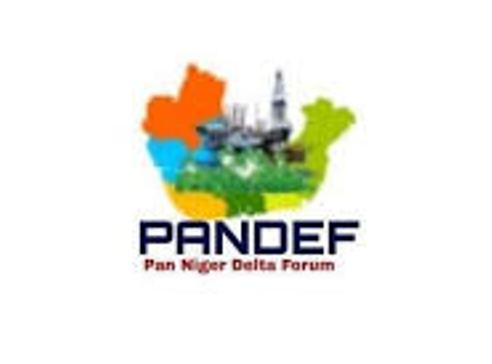 PAN-Niger Delta Forum, PANDEF, weekend, knocked the National Assembly over the newly passed Petroleum Industry Bill, PIB, saying it did not meet the yearnings of the Niger-Delta people.

The regional group also warned that conflicts may continue in the oil-rich region if host communities were denied their legitimate rights.

PANDEF, at an extraordinary meeting in Abuja, restated its stand on restructuring and cautioned the Federal Government over the abandonment of its 16-point agenda presented to President Muhammadu Buhari, November 1, 2016, in view of recent threats by militants to resume fresh hostilities in the region over unfulfilled promises by government.

It frowned at the continuous use of interim management to run the Niger-Delta Development Commission, NDDC.

The group asked the Federal Government to call security agents to order concerning the midnight invasion of the residence of Yoruba rights activist, Sunday Adeyemo, also known as Sunday Igboho, and tell Nigerians the home truth on the repatriation of the leader of Indigenous People of Biafra, IPoB, Nnamdi Kanu.

The group’s resolutions, contained in a communique by Clark and Ibok-Essien, read in part: “That the PIB falls short of the expectations of the Niger Delta people, who bear the brunt of the consequences of the oil and gas industry operations in their lands.

“PANDEF recalls and reiterates that host communities of the Niger Delta region had demanded 10 per cent equity participation, as against the percentages just passed by the National Assembly. And maintains its long-held logical demand that, unless stakeholders of the oil and gas host communities are given sufficient rights in the management and operation of the industry, conflicts in the oil-rich region may persist.

“Cautions the Federal Government of Nigeria over the now likely deleterious consequences of ignoring, or treating with contempt, the 16-Point Agenda presented to President Muhammadu Buhari, on 1st November 2016.

“Currently, the Youth in the Niger Delta have declared a ‘vote of no confidence’ on PANDEF because it was the leaders of the region that stayed their hand when, in frustration, they had decided to cripple the national economy in 2016.

“Condemns the brutal and bloody midnight raid on the residence of a Yoruba rights activist, Sunday Adeyemo, also known as Sunday Igboho, in the Soka area of Ibadan, Oyo State, by agents of the Department of State Services, DSS, in a Gestapo manner, during which innocent citizens were killed and properties destroyed.

“Stands in solidarity with Afenifere, and the South-West people, on this matter and calls on Mr. President to immediately call to order the security agencies and cease all forms of flagrant abuse of power.

“Requests the Federal Government to tell Nigerians the truth of the process which led to the abduction of the IPOB leader, Nnamdi Kanu, and his clandestine, forceful repatriation to Nigeria, and hopes that he will be given a fair and open trial.

“Cautions that the reported identification of sponsors of Nnamdi Kanu should not be an alibi to witch-hunt and persecute phantom enemies imagined by the government.

“Stands, firmly, in solidarity with the people of the Middle Belt, in the face of brutal physical attacks and seeming plans to destroy their every means of livelihood, by suspected Fulani gunmen”.