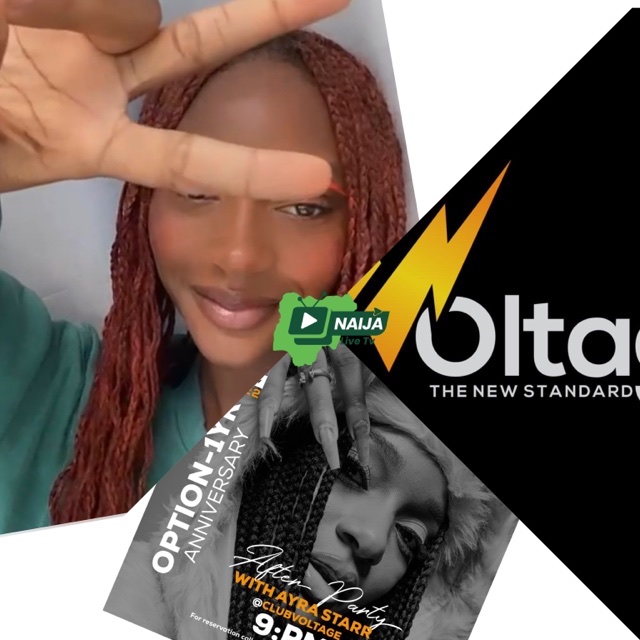 Owners of the popular Night Club, Voltage, based in Yenagoa, the Bayelsa State capital, Voltage, has threatened to drag Marvin record and its artiste, Ayra Starr, also known as Oyinkansola Sarah Aderibigbe to court over allege breach of contract on a performance at the after party at the club following the One Year anniversary of the Options Lounge.

It was gathered that the Night club had fulfilled its part of the contract by depositing the sum of N3million to the Marvin records but renege a few hours to the event with a flimsy​ excuses recorded by the artiste and sent to the club management.

NAIJA LIVE TV gathered that this is the second acts of breach attributed to deal sealed between Marvin Records and the Voltage Night Club .

The Chief Executive officer of the Option Lounge, owners of the Voltage Night Club, Tonwerigha Oyintonbra Tombrown, who confirmed the development, stated in a statement that “This is to inform the general public that the planned 1 (One)year anniversary of Option Lounge which was billed to hold today 5th January 2022 and the after party which was to hold at club voltage​ where Ayra Star, a Marvin Record artist was to perform has been shifted forward to another date that will be communicated soon”

“As a business we hold our esteem customers very high and we cannot​ disappoint them for the second time hence the need for this publication. We sincerely apologies for the inconvenience that this may have caused you for the second time. Pls accept our apologies”.

Three Arrested, Two On The Run Over Assault Of...