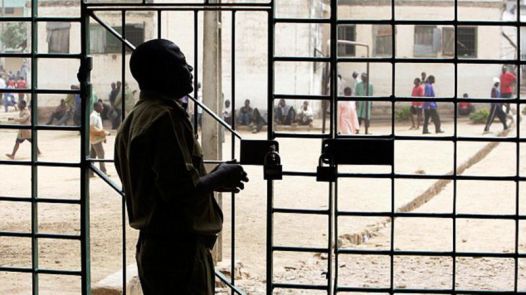 An outbreak of cholera has claimed one inmate at the Gombe Central Prison with eight others hospitalised, an official has confirmed.

The state Epidemiologist, David Karatu, disclosed this in Gombe on Friday during a visit to the prison by officials of the state Ministry of Health.

Mr Karatu said when the prison officials noticed the outbreak they contacted the ministry for action.

According to him, at the time of the visit, nine inmates had been infected, out of which one died and eight hospitalised.

“Five of them were treated and certified free, and the remaining three are still on admission,’’ he said.

The epidemiologist disclosed that the state has recorded 75 cases so far with five deaths.

He explained that three deaths were recorded last week, with another earlier this week plus the one inmate, making a total of five deaths.

Presenting some preventive commodities to the prison officials, the Commissioner for Health, Kennedy Ishaya, emphasised the need for personal hygiene, which he said is the major preventive.

He said the commodities donated to the prison include disinfectants, antiseptic antibiotics, oral dehydration hypochlorite for cleaning the environment and personal hygiene.

Mr Ishaya said relevant agencies had been mobilised to evacuate the waste in the prison.

Mato Adamu, the state Director, National Orientation Agency (NOA), commended the state government for the intervention and appealed to the prison authority to utilise the commodities judiciously.

Receiving the item, Haruna Lawrence, the Deputy Controller of Prisons, thanked the state Ministry of Health for the prompt response and intervention.

He described the condition of the prison as pathetic because all the facilities were overstretched.

He promised to make use of the items donated to the prison judiciously.