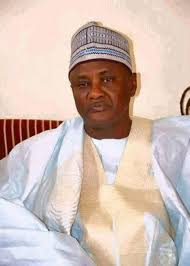 The Bauchi State House of Assembly on Friday screened and confirmed Audu Katagum as Deputy Governor of the state.

‎The confirmation was made during a plenary presided over by the Speaker, Kawuwa Damina.

‎During the screening, the Deputy Governor-nominee spent less than five minutes with the lawmakers.

‎‎The member representing Bura constituency, Abdullahi Abdulkadir, moved a motion that the nominee be cleared because he had served the state as a Chief of Staff to the incumbent governor, Mohammed Abubakar.

The motion was seconded by Ibrahim Katagum, representing Katagum constituency.

The House subsequently confirmed the nominee as Deputy Governor of Bauchi State.

The News Agency of Nigeria of (NAN) reports that the former Deputy Governor, Nuhu Gidado resigned his position on May 24.

The governor had in June nominated his Chief of Staff, Katagum for confirmation as the Deputy Governor to the House of Assembly.