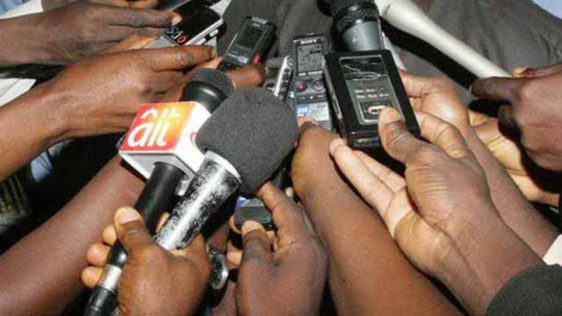 The Imo State chapter of the Nigeria Union of Journalists (NUJ), have given representative of Ohaji/Egbema constituency in the state House of Assembly, Emma Orie, an ultimatum to compensate a journalist, Destiny Isinwa, who he slapped at a public function in Owerri.
In a statement issued at the weekend and signed by the state chairman of the union, Innocent Igwe, the union frowned at the alleged display of brutish attitude by the lawmaker, by allegedly assaulting the journalist a few days ago.

While lamenting that Orie should have known better about public conduct, the NUJ regretted that society could witness such an act by a highly placed government official.

It argued that journalists deserved to be protected rather than assaulted by no less a person than the public officer.

The NUJ, therefore, demanded an unreserved apology and compensation to Isinwa by the legislator, adding that the NUJ would not tolerate any further attack on journalists in the state.

Isinwa, had alleged that Orie , who met him at a function in Owerri, slapped him, while accusing him of working against his political career.

As at press time, the legislator had not responded to enquiries on the issue.