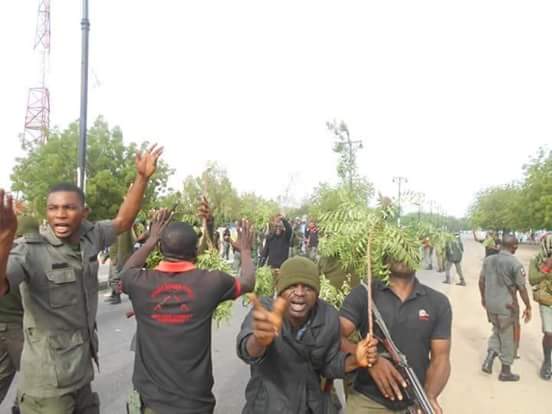 RE- POLICE OFFICERS PROTEST IN MAIDUGURI

The attention of the Nigeria Police Force has been drawn to media report that Policemen protested in Maiduguri over non-payment of their Special Duty Allowance.

2. The Force wish to categorically state that it is not correct that police personnel protested in Maiduguri today, 2nd July, 2018. Some of the Police Mobile Force personnel on Special Duty in Maiduguri went to the Borno State Police Command Headquarters on enquiry over the delay in the payment of their special duty allowance in the early hours of today and not on protest as reported in some media.

3. The Inspector General of Police, IGP Ibrahim K. Idris, NPM, mni promptly directed the Commissioner of Police, Borno State to address and inform them why there is delay in the payment of their special duty allowance, and also assure them that since the budget has been approved, the allowances will be expeditiously processed and paid without any further delay. They subsequently returned to their duty posts.

4. Consequently, the IGP has ordered the Commissioner of Police, Police Mobile Force (PMF) to proceed to Maiduguri, Borno State and other States in the North East where PMF personnel are deployed on special duty; to lecture and inform them on the efforts being made by the Force to ensure timely payment of special duty and other allowances to police personnel in the North East of the country. 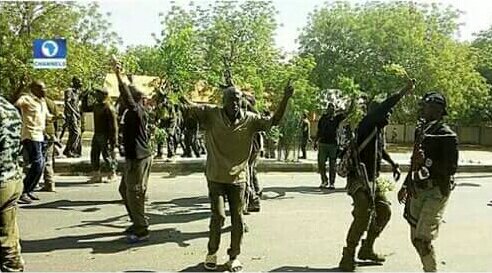 5. The Police Mobile Force personnel that went on the enquiry are not those attached to Operation Lafiya Dole in the fight against insurgency in the North East but those on the category of visiting Police Mobile Force units deployed in Maiduguri on Crime Prevention and other Police duties in the State. 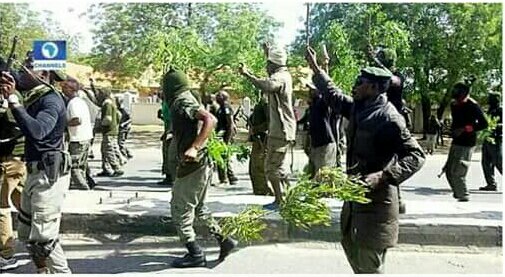 6. Members of the Public in Maiduguri, Borno State are hereby enjoined not to panic but to go about their lawful duties and other responsibilities without fear or apprehension.

7. The Nigeria Police Force is a disciplined organization and will not allow any situation to degenerate into disturbance of Public Peace anywhere in the Country.