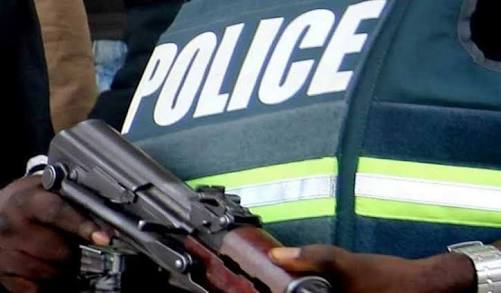 No fewer than seven police officers were killed by some gunmen in Abuja, the nation’s capital on Tuesday.

The policemen were reportedly gunned down at Galadimawa Junction, just off the international airport road in Abuja.

The reasons for the attack still remains sketchy.

However, the gunmen who were in a vehicle shot the police officers and zoomed off after the attack.

The incident has since caused panic among Abuja residents as they scamper away in fright of the gunshots.

This attack occurs less than three months after about four police officers were killed in an ambush in Benue State. 11 others went missing after the ambush on a police patrol from Anyibe to Ayilamo in Logo Local Government Area of the state.