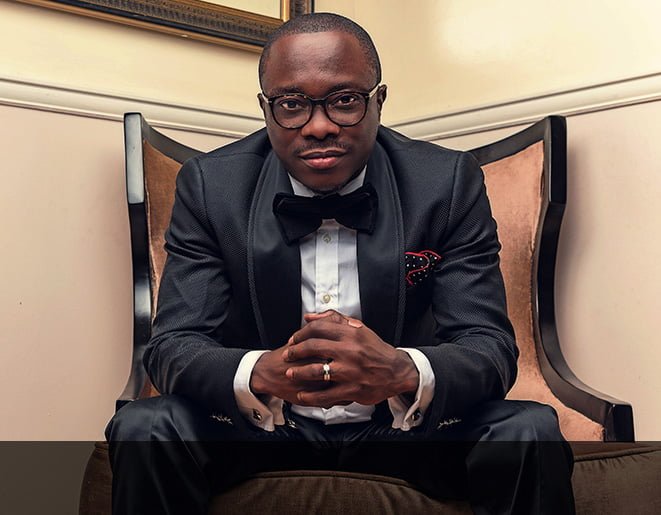 A video of Nigerian comedian, Julius Agwu, who was reportedly sick, dancing gracefully at the wedding ceremony of Nollywood actress Rita Dominic have surfaced on social media.

NaijaliveTv understands that there have been several reports of Julius Agwu having a challenging time in his marriage due to his alleged ailing health.

The reports alleges that the comedian and his wife who have been married for over 14 years, reportedly fell apart after he recently fell ill.

Although, a colleague of Julius Agwu, Bovi debunked the rumors of the comedian being sick, the comedian in the new video that surfaced online was spotted showing off his dancing skills.

In the viral video, the comedian was captured dancing with no sign of illness while at the party with other celebrities present at Rita Dominic’s wedding, which was held in Imo state on April 19th.

Fans of the comedian also expressed joy as he looked hale and hearty.

One a_librarian_and_her_books wrote; ‘Good to see him looking happy and healed … thank you Jesus’

One investwithchristabel wrote; ‘So good to see him. My fav comedian of all time’

One theonlymoiadooraa2 wrote; ‘Women really needs to be valued in our country and not looked thru the lense of men. Poor woman was dragged because she moved on…. Men will call women who left a relationship to another olosho forgetting his mother had kids for different husbands. But he tells you he as the best supportive mother. Yoruba will say Ori o kin ri ra ” sheabutter no dey see himself’

One prankhottie wrote; ‘And some people were dragging the wife’

Popular Niger Delta Singer: Jah Wondah Apologizes to the public for making his marriage a secret.