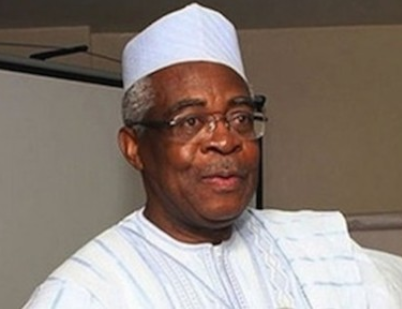 …..Defend yourselves or you’ll all die

…..Nigerian Army is complicit in Fulani terrorism and facilitating their operation

“If you depend on the armed forces to protect you, you will all die- one by one” —T Y Danjuma

Former Nigerian Chief of Army Staff and Minister of Defence, Theophilus Yakubu Danjuma, has broken ranks with his Fulani cohorts to warn Nigerians that war is imminent. Danjuma, who assassinated the first Nigerian Head of State, Aguiyi Ironsi, yesterday, spat fire by calling on Nigerians to rise and defend themselves against attacks by marauding herdsmen in some parts of the country, or continue to suffer casualties. Danjuma wh re-echoed a prophecy of Nnamdi Kanu, the leader of the Indigenous People of Biafra, warned that Somalia will be better than Nigeria if the ongoing ethnic cleansing is not stopped.

“I ask all of you to be on the alert and defend your country, defend your state,” he admonished.

Danjuma mocks Ojukwu and Biafrans
He said the unnecessary killings, which is akin to an act of ethnic cleansing being perpetuated against the people of Taraba, specifically, and Nigeria, at large, must stop. An obviously and visibly angry Danjuma also lampooned the military authorities by slapping the institution with the accusation that it is complicit in the violent incidents by providing protection for the killers.

Details of the brutal assassination of Aguiyi-ironsi: 50 years ago, a group of Arewa militants led by Major Theophilus Danjuma committed a terrible act of treason

“This ethnic cleansing must stop in Taraba, and it must stop in Nigeria. These killers have been protected by the military; they cover them and you must be watchful to guide and protect yourselves because you have no other place to go”.

Speaking at the maiden convocation ceremony of Taraba State University in Jalingo, the Taraba State capital, Danjuma, who received the award of honorary Doctor of Science from the University, lamented that in spite of the cultural diversity in the state, which was supposed to be used as a tool to bring unity among the people, there were armed bandits who come into the state to connive with the military to kill people and cause ethnic cleansing.

If They Fail To Give Us Biafra, Somalia Will Look Like A Paradise – Nnamdi Kanu (2014)

Danjuma said when he arrived at the arena of the convocation, he saw a diverse cultural display organised by Taraba State cultural groups. This, he said, was proof-positive that the state represents Nigeria in all aspects, stressing that there was no need for the killings. The former Chief of Army Staff then warned that “the ethnic cleansing must stop now otherwise Somalia will be a child’s play”.

General Danjuma’s outburst is coming against the backdrop of recent violent attacks by killer herdsmen. In the first 10 weeks of 2018 alone, over 1351 people lost their lives , largely, as a result of violent killer herdsmen attacks.

Some of these activities have been described as pure criminality. Recall that President Muhammadu Buhari has been very consistent in his call for peaceful co-existence in the country,m promising to resolve the crisis. He made a pledge of N100 million to the appeal fund of the university. While speaking, the visitor, Taraba State University and governor of Taraba State, Darius Ishaku, appreciated the past governors of the state for initiating the state university. He said his administration would continue to give priority to education and the university for a better Taraba.
Unknown Soldier: Danjuma’s role in the raiding of Fela’s Kalakuta Republic: How it was planned and executed

“The institution has made it possible for many Taraba residents to access tertiary education,” he said, and pledged government’s support toward making it a model.

Earlier, Prof. Vincent Tenebe, the Vice Chancellor, had commended the state government for its continued support which had ensured the growth of the university. Tenebe said that 5,900 students from five sets were graduating, and urged them to be good ambassadors of the institution.
Jihad has been launched in Nigeria. Fulani herdsmen must be stopped before they cause Nigeria to implode. Avert another war – Danjuma, Dogonyaro, Lekwot, others warn Nigerian government