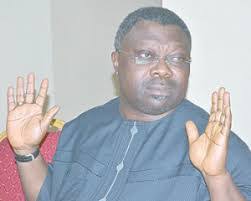 The Chairman of the Social Democratic Party (SDP), Osun State chapter, Chief Ademola Ishola today declared that the ambition of Senator Iyiola Omisore to contest the September 22nd governorship election on the platform of SDP was unknown to the leadership of the party in the state.

Ishola said this while addressing a press conference at the Secretariat of the party in Osogbo, the state capital.

It would be recalled that Omisore left the Peoples’ Democratic Party (PDP) when it became clear that he would not get the PDP ticket to run. 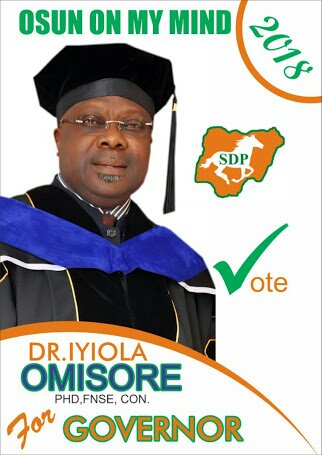 He defected to SDP to pursue his ambition in the election. He set up a campaign office and branded campaign vehicles with SDP logo.

At the press conference, Ademola said Omisore was only relating with the party leadership at the national level and that he has not presented himself to the party in the state.

The SDP chairman said only three governorship aspirants including Mr AbdulWakeel Adeola, Mr Kolawole Oladeji and Mr Munirudeen Atanda were known to him as SDP aspirants.