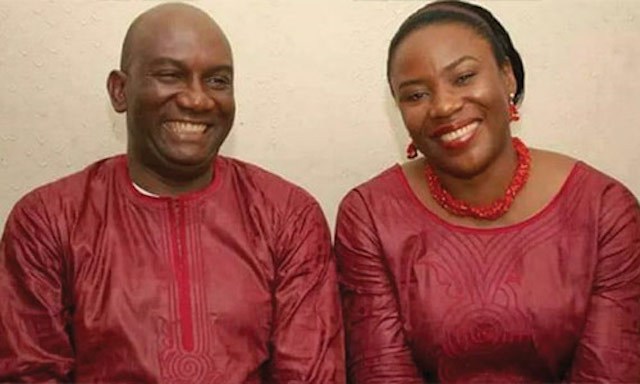 She also allegedly chopped off his penis.

Mrs Udeme, 47, was arraigned by the Lagos State Government on a two-count charge of murder and misconduct with regard to a corpse.

She however, pleaded not guilty to the charge.

The Lagos State prosecutor, Sunmonu Babatunde, had told the court that the accused committed the alleged offences on May 3, at Diamond Estate, Sangotedo, Lekki, Lagos.

He said that the accused stabbed her husband and mutilated his corpse by cutting off his genitals.

The judge, Adedayo Akintoye, however remanded the accused in prison and adjourned the case until October 8 and 9 for hearing.

The News Agency of Nigeria (NAN) reports that the accused first appeared before a Yaba Magistrates’ Court and was remanded in prison pending the Directorate of Public Prosecutions legal advice.

Symphorosa Otike- Odibi, the murdered lawyer, from Delta State, was the second person allegedly killed by a female lawyer.

The first lawyer to commit the crime was Yewande Oyediran, working with the Oyo State Ministry of Justice.

Yewande stabbed her husband, Lowo Oyediran Ajanaku, 38, to death in their Akobo Estate home in Ibadan, Oyo State home on February 2, 2016, after she found out that he fathered a child through another woman.