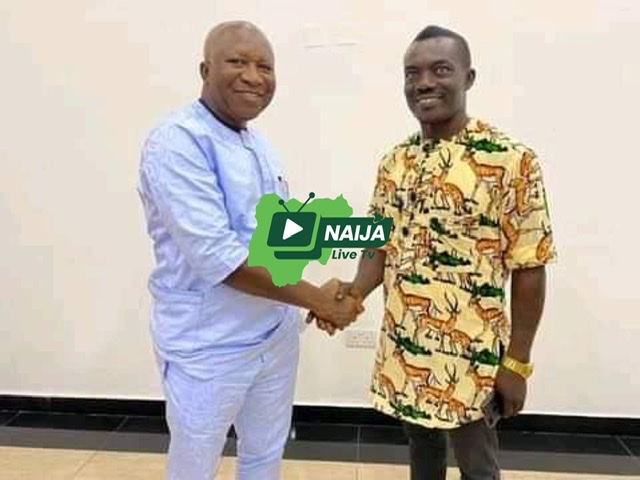 The National Chairman of the third phase Niger Delta ex-agitators, under the Presidential Amnesty Programme (PAP), Comrade Tonye Bobo has admonished fellow ex-agitators to support and work closely with the Interim Administrator of the programme, Colonel Milland Dikio.

According to him, delegates of the programme now have a sense of belonging.

His words, “Within this year, Dikio has transformed the amnesty office to the extent that at least the delegates of the programme have started having a sense of belonging.

“He has become a household name in the Niger Delta as I speak with you. Dikio is a man that listens, he is a man that has a passion for his people, he is a vast man.

“And don’t forget, he is a retired high-ranking military personnel. He has the wherewithal to resolve issues that has to do with peace and conflict.

“Before now, the only way we interact with the office is when we are being owed three to four months salary and we agitate and cause chaos, especially on the East-West Road.

“At the end, they pay us stipends to manage but Dikio is different. He is a man that believes in dialogue, negotiation and lobbying.”

Bobo, who is also a member of the Strategic Communications Committee of PAP, commended Dikio for introducing the Train, Empower and Mentor (TEM) initiative.

“The reintegration process ought to be done properly so that when they go back to the society it will be evident to everyone that there is a real change in them.

“Any competent company that wishes to get a contract from the amnesty office should be able to train, mentor and employ delegates. So it is a good idea,” he said.

The ex-freedom fighter advised the interim administrator to speed up the initiation of more delegates-friendly ideas.

“He should ensure full implementation of his promises like deployment of students, vocational training, improved welfare of PAP students worldwide and cooperative groups for entrepreneurship.”

He also urged Dikio to satisfy all promises made to ex-agitators in the programme, and called on his colleagues to work closely with the interim administrator.

“Those that are aggrieved should put the wellbeing of the region first. We all have to bury our interests for that of the region.

“We should work closely not only with the interim administrator but also with all leaders in the region,” Bobo stated