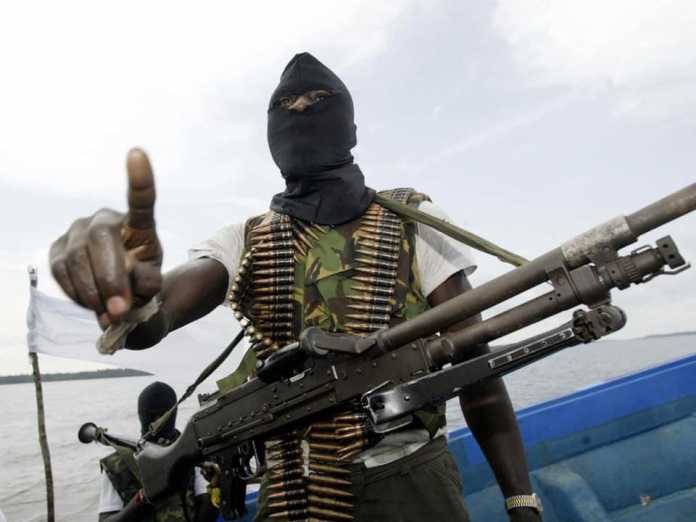 Ex-Militants under the third Phase of the Presidential Amnesty Programme (PAP) have threatened to demands for the return of their arms and ammunition from the Federal Government over the inability of the Government to finalize their demobilization and training 11 years after the Amnesty was granted.

According to the third Phase agitators, though recent talks with the interim administrator of the Presidential Amnesty Programme, Col Milland Dixon Dikio, is yielding the desired results in their quest to get included in the disarmament, demobilization and reintegration process 11 years after, they may be forced to abandon the Amnesty Programme and return to the creeks if the demobilization process is not completed.

The National Chairman of the group, Mr Tonye Bobo while speaking yesterday during a call on the leadership and members of the Federated Correspondents’ Chapel of the Nigeria Union of Journalists in Yenagoa, urged the amnesty office to document those that surrendered their arms and ammunition but are yet to be properly integrated and allocated slots under the programme to ensure complete peace in the Niger Delta region.

Bobo ,who admitted that though issues of factions, division and court action among the Third Phase beneficiaries may have also contributed to some delay in complete demobilisation, the discussions between the Third Phase and other ex-agitators with the interim administrator of the Presidential Amnesty Programme, Col Milland Dixon Dikkio is yielding good signs,” Col Dikio has tried in solving most of the issues confronting the ex-agitators, but the office should be funded to do more by the Federal Government”.

He also demanded that the third phase beneficiaries of the programme be included in education and vocational training for its delegates, “It’s unfortunate that we have stayed for 11 years plus and the disarmament, demobilisation and reintegration is not completed, we are just trying to calm our followers, but our patience should not be considered to be foolishness”.

“That is why when we saw the vision of Col. Dikio for Amnesty programme, we decided to key in to restore peace in the region. I want to assure you, if the needful is not done, there will be more agitations, we are only trying to calm our people for us to change the narrative, we are seeking maximum support from the government to the office of the Interim Administrator of the Amnesty programme, all the funds that is required and is due to the office should be released”.

“We want the funding for amnesty programme to move down to first line charges, those that disarmed and we’re not documented should be carried along, because all these days, they have been crying that if government is not reasoning with them, they will be demanding for their arms and ammunitions that they submitted to the government”.

“We want to partner with the government and create a relationship that will be free of violence, so that people will know that what they are thinking about us is not what we are. Some of our people have applied since 2012 for education scholarship, up till date, these things have not been met.” He said.