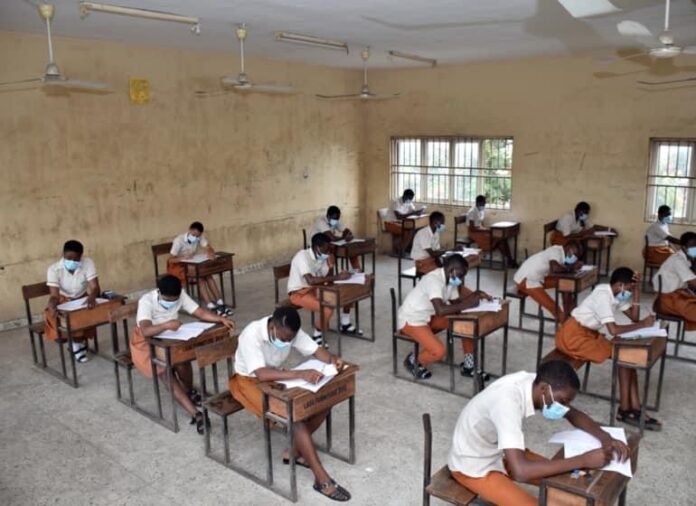 According to NAN, Dantali Wushishi, NECO’s registar, broke the news at a briefing in Minna, Niger state, on Friday.

The registrar also said that 945,853 candidates obtained five credits and above including English Language and Mathematics.

Wushishi added that 1,094,291 candidates also obtained five credits and above irrespective of English Language and Mathematics.

He said that number of candidates who made five credits and above including English and Mathematics was 878,925 representing 71.64 per cent, when compared with 2020 SSCE internal figures of 894,101, which was 73.89 per cent, with 2.2 per cent decrease.

The registrar also disclosed that the number of candidates who made five credits and above irrespective of English language and Mathematics was 1,226,796, representing 94.04 per cent, adding that it was higher than that of last year which stood at 1,112,041.

In August, NECO had hinted that the results could be released shortly after marking, which it said usually takes up to three weeks.

But the council later kept mum over the specific date that the results would be released, sparking concerns among candidates.