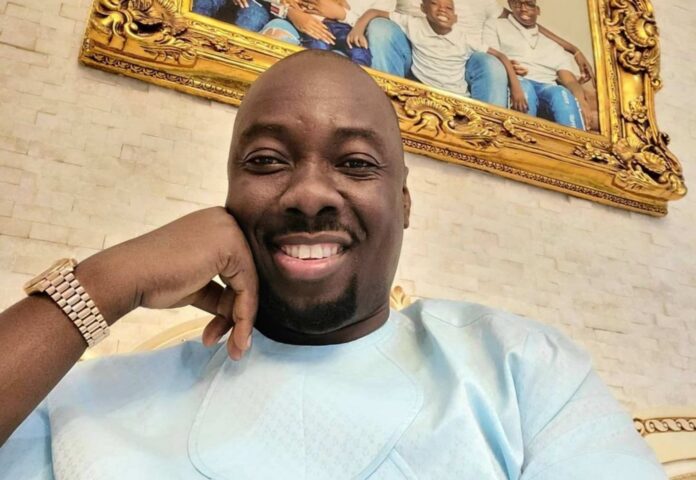 Nightclub owner, Obi Iyiegbu, aka Obi Cubana, has claimed that the opulence with which he buried his late mother, will “make people hungry for death”.

Cubana laid his mother to rest on Friday in Oba, Anambra, in an event that went viral on social media.

Many celebrities, business people and politicians turned out in large numbers for the funeral.

Videos from the occasion showed some of them spraying thick wads of Naira and foreign currencies, in addition to the drinks and cows that were donated to Cubana prior.

ALSO READ: All You Need To Know About Obi Cubana

The nightclub boss also bought a diamond chain and pendant from popular jeweller, Efobi Stephen, which had his late mother’s face engraved on it. Stephen stated that Iyiegbu asked him to make a chain worth $100,000.

Socialist, Pretty Mike, has now claimed Obi Cubana had been planning the burial ceremony for his mother for a long time.

Via his Insta stories, Pretty Mike wrote, ”I remember when Obi’s wife’s father died some months back. We came for the burial. It was nothing short of a carnival. I asked him so why wait till July to bury your mum. He said let’s keep her on ice for now. She has to go out gloriously, she deserves it. I said bros stop being humble. He replied “after my mama burial ceremony, to die go dey hungry some people… Today I understand.”

Trouble As 7 Million Girls In Need Of Obi Cubana, Submit’s Name To Kayamata To Make Him Love In Return

I don’t have ‘soap’ to cut for anybody – Obi Cubana