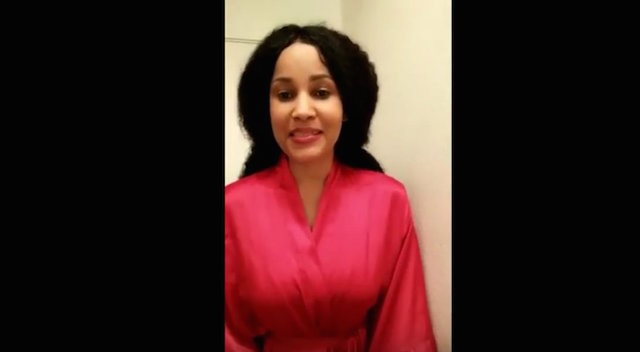 A Ghanaian lady based in the US has given an ‘unbelievable’ testimony about the controversial Prophet Obinim stickers.

The lady who is identified as Nana Ama Morton on Facebook revealed how the sticker saved her 13-year-old marriage from collapsing.

In a video that is making waves on social media, the Fante lady said prior to the use of the “Obinim sticker,” her husband was unable to satisfy her in bed because he does not go beyond 1 minute 30 seconds during sex. 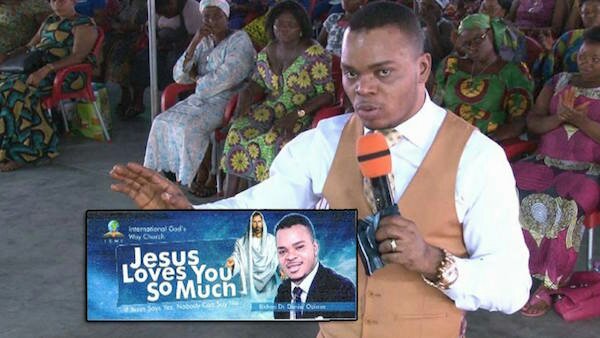 “Funny Face’s was better than my husband. He can last for 2mins but my husband does on 1min: 30secs. Eeiii Jesus Ewurade! Immediately I had the stickers, I called him honey babe, he said; yes hun and I told him honey let’s try this miracle on,” she said.

She added, “I put the sticker on his manhood and one on my private part too. That very moment my husband’s penis erected! Bishop Obinim’s sticker is performing miracles. My husband now goes for second round.”

Ghanaians started the ‘Obinim sticker’ challenge after followers of the controversial ‘miracle performer’, Bishop Daniel Obinim revealed that the stickers were performing miracles.

Members of the International Godsway Church (IGWC) testify that the Obinim stickers possess supernatural powers that solve almost every impossible problem they face.

These testimonies prompted the challenge which makes mockery of the claims of ‘Angel’ Obinim by claiming the inherent powers of the stickers could solve every spiritual and ridiculous situation they face.

Former President John Dramani Mahama also recommended the Obinim sticker to President Nana Akufo-Addo to enable the latter cure his ‘super-incompetence’ and be able to perform.

The former diplomat who claims he is at the Emirates Stadium to watch a game between Arsenal and West Ham United says even though he is uncertain about the outcome of the match, he hopes for a favourable outcome as he is in an Obinim sticker underpant

“I have 35 sex styles; so you can’t be my wife and be saying you’re tired of having sex” – Prophet Kumchacha