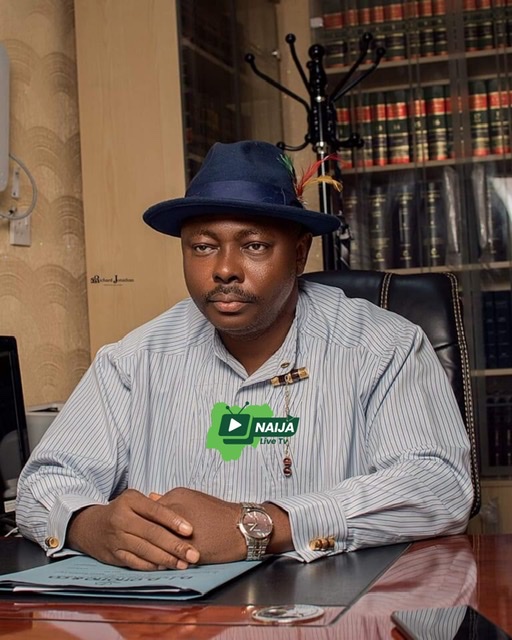 Court of Appeal sitting in Port Harcourt in Rivers State has struck out the appeal by the All Progressive Congress (APC) in Bayelsa over the subsisting injunction restraining the party from conducting the ward, Local government and state congresses.

The Court, in its ruling over the suit numbered CA/PH/246/2021, said the appeal is defective, lacked merit and as a result struck out.

Justice H. S. Tsammani, who led other Justices P. O. Elechi and R. M. Abdullahi, who read the ruling of the court, said the appeal by the Bayelsa APC is fundamentally defective and agreed with the order of the State High Court restraining the party from conducting ward, local government and state congresses.

NAIJA LIVE TV gathered that, After hearing the arguments from the Fawei James Esq, Counsel to the three aggrieved Party members, Ompadec Victor, Esuenifen Obi and Seimiegha Ebibofe Agbozu and the Counsel to the APC, Shuabu Aruwa Esq represented by C. Wordu Esq, the lead judge in his ruling upheld that the Interim Injunction issued by Justice Iniekenimi Uzaka stopping the conduct of congresses by the party stands.

NAIJA LIVE TV further gathered that the ruling of the Court of Appeal caught the faction loyal to the Minister of State for Petroleum Resources, Chief Timipre Sylva unaware. It was learnt that the case was adjourned since and the counsels to the APC and the claimants were the ones in court for the ruling.

NAIJA LIVE TV reported that, a Bayelsa State High Court presided over by Justice Iniekenimi Uzaka had in July issued a restraining order against the party to stop the conduct of the ward, Local and state Congresses into the 105 wards of the state.

The APC through its Counsel, Shuaibu Aruwa Esq, informed the Court of two separate notices before the Court of Appeal in Port Harcourt seeking orders for the lower Court to stay Execution on its interlocutory order and Stay proceeding on order stopping the party’s ward, Local and State congresses.

The APC in its appeal before the Court of Appeal had sought the order of the court to vacate the subsisting injunction against the conduct of the party congresses and also challenged the substituted means with which the party was served.

The Counsel to the three aggrieved APC members, Fawei James Esq, while speaking with NAIJA LIVE TV after the court session, commended the court for the ruling and said the aggrieved persons may consider filing for a contempt charge against the leadership,’ it means all they did from ward to state violate the subsisting injunction and it remains a nullity.”.

Attempts to get the reaction of State Chairman elect loyal to the Sylva faction, failed as he refused to pick his calls.

Reacting to the development, a chieftain of the party loyal to the Senator Heineken Lokpobiri faction, Hon. Sunday Frank Oputu commended the judiciary, describing it as a welcome development, “it shows that the party should do the right thing. All claims and counter claims on the legality of the congresses in Bayelsa have been laid to rest. By the ruling of the Appeal Court, no congresses was held in Bayelsa.”

“The party should come together and do the right thing by bringing the factions of the party together to work together. No one person can win election in a place but a collective effort. There is no winner or losser. We don’t want the issues of Zanfara to occur in Bayelsa. If we continue and seeing the facts on ground,we will loose. There is the need to come back to the drawing board to work together and settle this matter. “

Sunday Frank-Oputu called on the National secretariat and the reconciliation committee to make Bayelsa APC issue a priority as no one man can decide the fate of the party. This call is necessary for every faction to forget their ego and work together to allow the party win elections in the state. Anybody insisting that there was Congress is deceiving the party. “