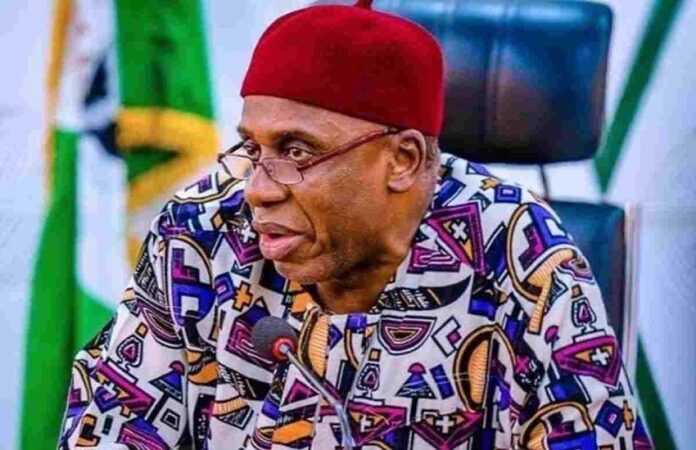 Mixed reactions have trailed the recent call by the Progressive Volunteers Group (PVG), on the Minister of Transportation, Rt. Hon. Chibuike Rotimi Ameachi, to run for the post of president of Nigeria.

The former governor of Rivers State is a member of the All Progressives Congress, APC.

The group, which draws its membership from across the various units and wards in Rivers State, based its endorsement of Amaechi on his performance in railway and other sectors under his jurisdiction as Minister of Transportation.

The group pledged their loyalty to the Amaechi faction of the APC in the state.

The group’s convener, Dame Ibifuro Thompson Tatua, and its Director General, Mr. Living Olavokere Jamala, in a joint statement after its maiden meeting in Port Harcourt, reaffirmed their support for the President Muhammadu Buhari-led administration, while applauding his firm resolve at combating insecurity in some parts of the country.

The statement reads in part: “The group is not interested in picking or pushing for an interested individual for any elective position to the party but ready to give full support and mobilize for any candidate presented by the party at the various levels just as it did during the activities leading to the 2019 general elections.

“To consolidate on President Muhammadu Buhari’s legacies, the group lends its voice to increase the call on Rt. Hon. Chibuike Rotimi Ameachi to present himself for the office of President of Nigeria in 2023 presidential election under the platform of the ruling All Progressives Congress.”

But the reactions have been swift across social media platforms.

A Facebook user, Tonye Mourinho Sampson, said, “Its the right call. I add my voice to their own and beg him to put himself forward for the number one seat in the country.”

On his part, Endwell Ezemonye said “2023 go (sic) be the sweetest election. Every politician now have group. And all of them don’t want to talk, it’s only their different groups that is talking, okay na.”

Another user, Ikele Onyekachi, said, “Of course he should. At least one can point one or more projects in South credited to Amaechi as Minister of Transportation, and its convincing enough why he wants to be President. The group should say how much they were paid.”

“Between Akpabio and Amaechi which one will you choose?” Emmanuel Onyibest asked.

Progress Baadom said, “They should just give it to Tinubu let’s just know Nigeria is for the dead already.”

2023: Amaechi opens up on ‘deal’ between Buhari, Tinubu

Gov. Wike was my staff, I can’t bring myself low with a response – Amaechi