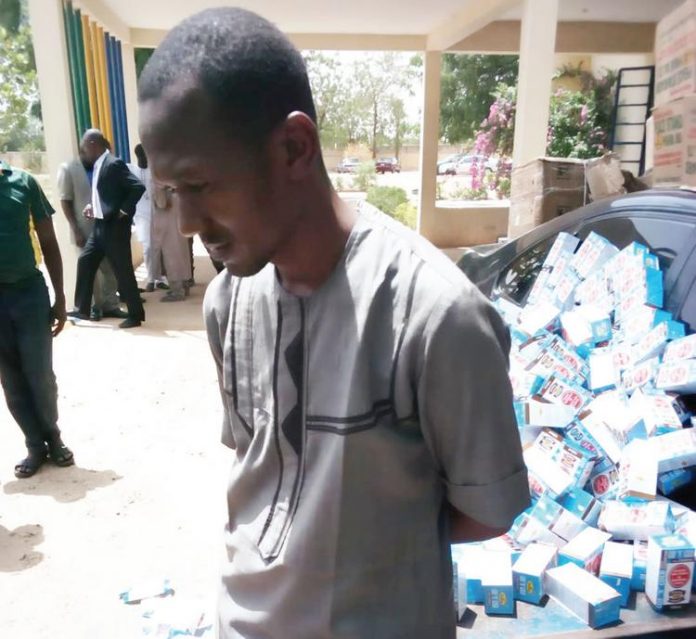 A 30-year-old father of five, Nura Aliyu, has landed in police net in Katsina for allegedly trafficking in drugs suspected to be codeine syrup.

He was said to be driving a faded blue Honda Civic car with Kaduna Registration Number, AQ 475 DKA, loaded with 300 cartons of the drug when he was arrested.

The spokesman for the Katsina Police Command, DSP Gambo Isah, who confirmed the arrest, put the monetary value of the drug at N1.5m.

He said, “The Katsina State Police Command wishes to inform the general public that on 12/06/2018 at about 2100hrs, it succeeded in arresting a notorious suspect who specialised in drug trafficking.

“Suspect confessed to have been in the business of drug trafficking distributing to other members of his drug syndicate and consumers alike. Suspect will be arraigned in court immediately investigation is completed.”

Aliyu told Northern City News that the urge to make ends meet pushed him into the business.

He said “I have two wives and five children and I have to fend for them. But I am beginning to regret my action now as I see you people (journalists) with your recorders and television cameras.”