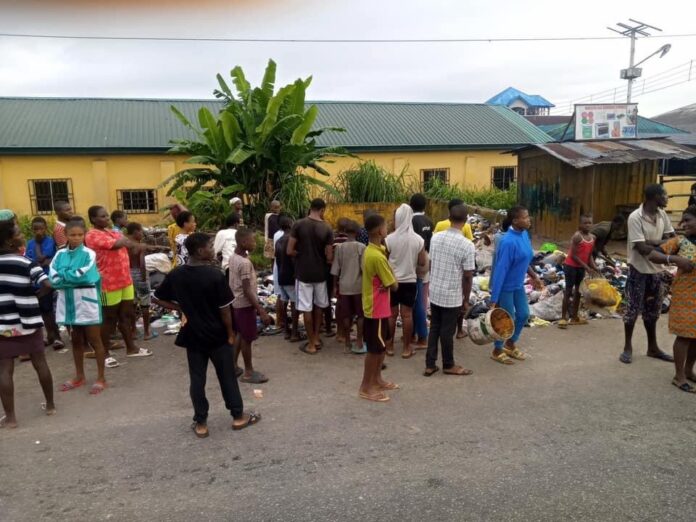 A newborn baby was on Saturday morning found dead in a dustbin in front of Okaka Primary School in Yenagoa Local Government Area of Bayelsa State.

According to the report, the baby must have been abandoned by the mother in the night for lack of resources to carter for the child.

Some residents of the area said that somebody who went early in the morning to dump refuse at the dustbin saw the little baby wrapped in an Ankara wrapper and was crying helplessly.

According to them, the first person that saw the child raised alarm which attracted a crowd from the neighbourhood but no help could come as the innocent child was already dying from the cold and the rain of the previous night.

They said the child was confirmed dead later, as he stopped crying.

It was learnt that, Men of the Bayelsa State Environmental Sanitation Authority (BESA), who were monitoring the monthly sanitation exercise in the state, visited the scene of the incident and condemned such ungodly act.

Director of Waste Management, BESA, Comrade Ebitto Alazigha, who led the monitoring team, enjoined residents to always monitor their neighbours on what they take to dump sites.
Police spokesman in Bayelsa State, SP Asinim Butswat, confirmed the incident, saying the command has already contacted the sanitation authority to evacuate the corpse of the child, while investigation is ongoing.