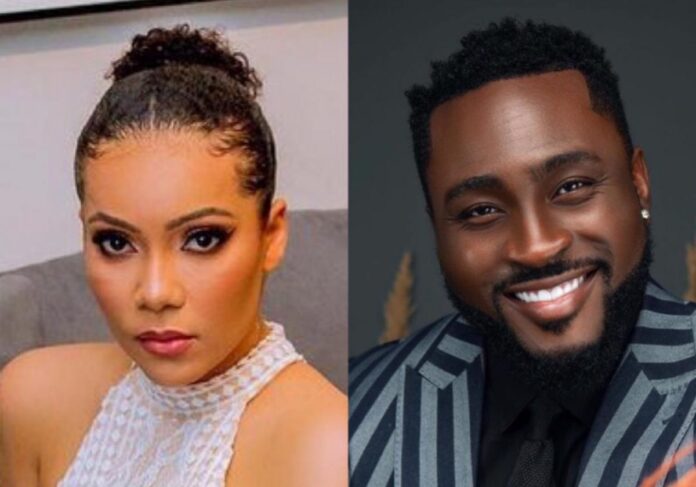 Pere, Big Brother Naija, BBNaija season 6 housemate has narrated what happened between him and Maria while in the HOH room.

Pere discussing with Angel after Saturday night party said he and Maria kissed and had sexual moment while in the Head of House room.

The discussion started after Maria walked out on Pere in the garden, claiming she didn’t remember anything.

Pere convincing Angel that he performed sexual act with Maria narrated how it all started.

Pere said: “Maria is not okay mentally, she likes to tell lies.

“We kissed on the couch and after that she was in bed and we had that sexual act.

“I don’t know why she’s pretending and lying about it saying she doesn’t remember doing anything sexual with me.

” I sat on her and she told me she was wet. And I doubted her. I told her to prove it, and she put her hand in there and put in my mouth.

“Big Brother should play that video, it’s all there I can’t make this thing up I’m not a child. I’m avoiding that girl from this night in this house.”