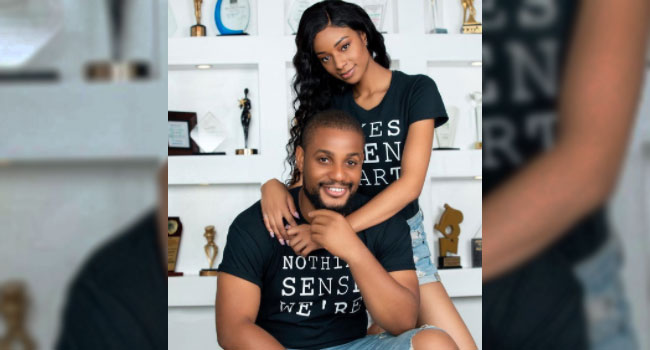 Just a few months to the marriage between Nollywood actor, Alex Ekubo and model, Fancy Acholonu, the couple has called off their engagement.

Fans were greeted with the news on Thursday, days after the couple was observed to have unfollowed each other on social media and also deleted their pictures together.

“Hey guys, I am writing to inform you all officially that I have ended my relationship and engagement and I have called off the wedding with Alexx Ekubo,” the American-born model wrote.

“I am aware this may be a shock to many people. I made the best decision for myself, because it is important that everyone finds happiness and live in their truth. At this time, my family and I ask for you all to please respect our privacy. Thank you so much.”

The marriage, which was scheduled to hold in November, had become one of the most anticipated this year with the hashtag #FalexxForever already created the buzz that is typical of many celebrity weddings.

This comes at a time when some other celebrity couples appear to have also reached a roadblock in their relationships.

Last weekend, news broke that Anita Okoye, wife of music star, Paul of the now-defunct P-Square, had filed for a divorce.

In a petition filed at an FCT High Court, Anita stated that the 7-year marriage had broken down irretrievably because of a lack of love and compatibility.

Paul and Anita have three children together.

Meanwhile, about two weeks ago, Ultimate Love couple, Iyke And Theresa also called off their engagement.

The couple had met and fallen in love on the maiden edition of the Ultimate Love show in 2019.

Back in May (2021), they took their affair a notch higher after they announced their engagement.

However, on August 11, Theresa in a now-deleted Instagram post wrote that she and Iyke have decided to part ways and forge ahead with their lives and careers.

She appealed to fans to respect their decision.