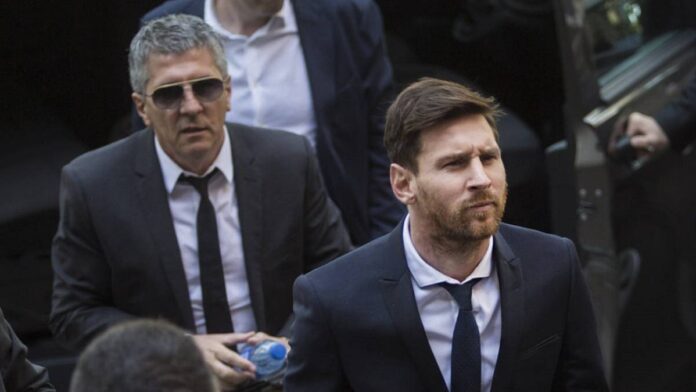 The details of how Lionel Messi’s contract talk with Barcelona collapsed have emerged.

Messi and Barcelona were said to have reached an agreement for a matter of weeks, and his contract extension seemed all but signed.

But as El Chiringuito has reported, Leo and Jorge Messi – the player’s father and agent – arrived in Barcelona on Thursday with the intention of signing his contract renewal, for which both parties had agreed to take a 40 percent pay cut.

However, when they arrived and met with the club, they were shocked when Barcelona requested yet further sacrifices on Messi’s part.

The club, according to the report, wanted the Argentine superstar to reduce his salary by 70 percent.

This was against the initially agreed 40 percent and this left Jorge Messi frustrated, and he did not hold back in his words to Rafael Yuste, a top board member and former sportive Vice-president of the club.

“Are you joking?” Jorge reportedly erupted. “It’s not about the money, because my son already made an effort to reduce his salary. We’ve been negotiating for two months and we’re making the renewal official tomorrow [Friday].

“Are you doing this to us? I didn’t expect this from you,” Jorge was quoted to have said.

The report added that Messi’s father also pointed fingers at Joan Laporta, the club’s president as his anger was spilling over.

He further accused the Barcelona president of using his son in order to win the presidential elections.