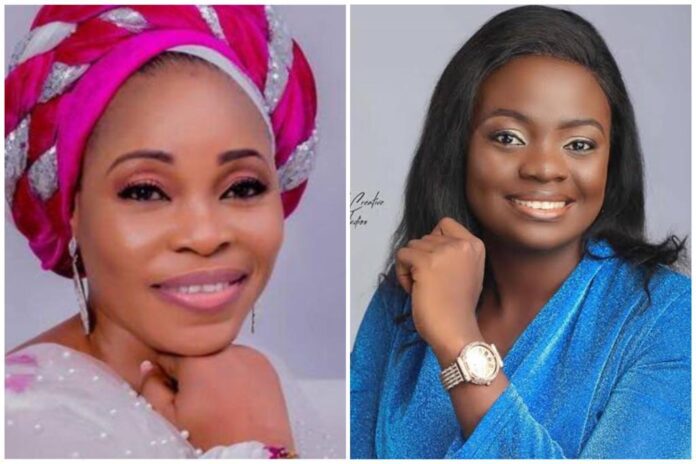 In the Yoruba language, Oniduro Mi simply means guarantor. The song exalts God as a guarantor and one who never forsakes His own.

While commenting on the song, Alabi noted that God was more than a guarantor to her. The singer further said that there was a time she wanted to sing the song but the Holy Spirit cautioned her against doing so.

The PUNCH reached out to Tope Alabi via telephone calls and text messages with no fruitful result, while Alaseyori’s team stated that she is very busy at the moment and would answer questions later.

However, Tope Alabi’s comment has elicited negative reactions from music lovers as the gospel singer is currently trending across social media platforms.

Commenting on the issue via Instagram, Nollywood actress, Anita Joseph, wrote, “But there’s nothing wrong with this line anyway. The song is blown, the thing don enter gospel musicians’ side. Open it season. Sending them LOVE and LIGHT kpichicom Awa’ m.” (sic)
Singer, Slimcase, opined that Tope Alabi could have had a private discussion with Alaseyori.

He wrote, “Get wisdom; in all thy getting, get understanding. What if she holla at her and tell her in private. That’s why the Bible says ‘Come let us reason together’.”

“Genesis 50:20 ‘But as for you, you meant evil against me; but God meant it for good, in order to bring it about as it is this day, to save many people alive.”

More so, Kayode Ogundamisi, via his Twitter handle, thanked Tope Alabi for introducing him to the song, Oniduro Mi, as he wrote, “Thank you Tope Alabi. Now I know about the song and it just speaks to the rough patch my family and myself have been passing through in over a year and how God has been our guarantor. Downloading the song. My ringtone. “ONÍÌDÚRÓ MI, Ẹ ṢÉ OOOO! Mo dúpẹ́!!”(sic)