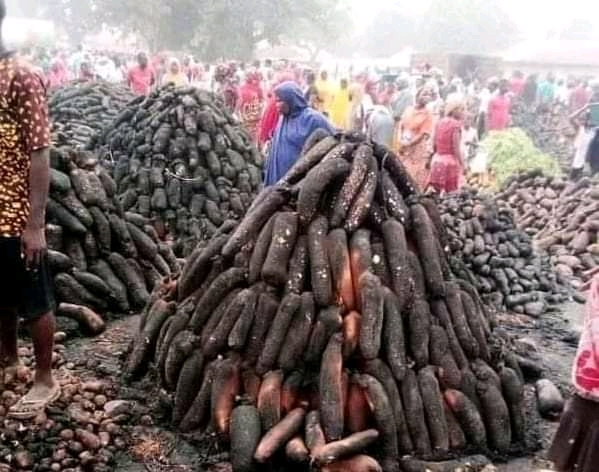 Succour has come the way of Namu community in Qua’an Pan local government area of Plateau State as a new agro satellite market has been built to boost economic activities of the locality following the fire outbreak that burnt yams worth millions of naira at the market early this year.

Secretary of market committee, Mr Godfirst Dama who spoke on behalf of the chairman, Mr Sogotdiel disclosed that the market size covers about three hundred hectares of land and open for all sort of economic transactions such as agricultural produce and the likes on a daily basis.

The rural market with international focus has been established by JepJan Integrated Agro Resources Limited to harness the fast growing economic activities within the southern zone of Plateau State with the return of relative peace.

Dama added that measures have been put in place to curtail the reoccurrences of the fire incident earlier recorded this year adding that the agro satellite market with daily operations will complement the weekly market in the area. He noted that economic activities in the area have attracted investors from the Southern, Eastern and Western parts of the country.

He said the official commissioning of the rural market had witnessed assorted agricultural produce ‘touching the ground’ after intensive prayers made for the progress of the market with buyers patronising some of the foodstuff ranging from bags of rice, maize, sorghum, groundnut, animals, farm implements, drinks and many others.

Meanwhile, the national president of Pan Youth Association (PYA), Comrade Yonmi Dama in an interview with journalists during the ceremony said the area remains the heartbeat of commerce and the biggest in revenue generation in the whole of the local government area.

40 Years After: Plateau Still Looking For Investors To Complete Hotel