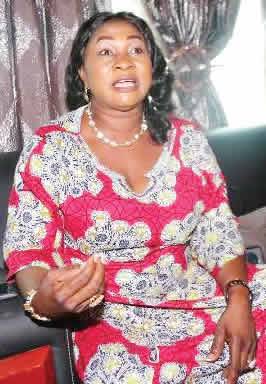 Southern City News gathered on Tuesday that the incident occurred when Chioma wanted to light a kerosene stove to prepare dinner for her family.

The three family members were rushed to a nearby hospital where Ada was confirmed dead.

It was gathered that Chioma and her two-year old son were responding to treatment.

He advised members of the public to always exercise caution while using combustible substances at home.

He said, “On June 18, one Obinna Okpoto of 7th Mile, Nkwelle Ogidi reported at Ogidi Police Station that his wife, Chioma Okpoto, of the same address had a kerosene explosion at home while lighting a kerosene stove.

“As a result, his wife and two children sustained various degrees of burns all over their bodies. The victims were rushed to Twinkle Hospital, Ogidi for medical attention. The daughter, Ada Okpoto, aged 14, was certified dead while receiving treatment.”

The PPRO said police detectives attached to Ogidi division visited the scene of the incident and took samples of the kerosene for analysis to investigate if it was adulterated and to ascertain the cause of the explosion.

“The wife and her second child, Akachukwu Okpoto, were admitted to the hospital and are responding to treatment,” he said.

Mohammed said the corpse of deceased (Ada) had been deposited at a morgue awaiting post-mortem. Members of the public are advised to always distance their children and take precautions when using kerosene and other combustible substances at home in order to prevent recurrence of such ugly incident,” he said.