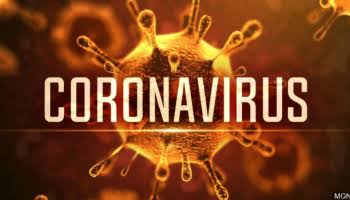 MAN WHO DROVE WHITE MAN TO COMPANY IN OGUN STATE DIAGNOSED WITH CORONAVIRUS, RUNS AWAY FROM HOSPITAL AND THREATENS TO SPREAD THE VIRUS ALL OVER NIGERIA BY TAKING PUBLIC TRANSPORT TO DIFFERENT STATES, IF HIS FAMILY IS NOT PAID 100MILLION NAIRA.

Information reaching NAIJA LIVE TV confirm that the man whose picture appear above is Adewale Isaac Olorogun, he is said to be the taxi driver that conveyed the white man to the company in Ogun State that has been quarantined. After much plea by the Ogun State government, he finally got to the hospital and was tested positive for the virus, before they could say Jack Robinson, the man had disappeared, sending a message for the 100MILLION to the commissioner for health saying, nor be only una go chop the money, na my family turn, either una pay or una die, i go waka sotay plenty people follow me remove from this wayward country.

This person from Italy, He stayed in Radisson Blu, visited his brother in Ikoyi who’s kids are in Italian international school lekki 1 which shares compound building and facilities with Priory International where many men kids dey, he had meetings at wheat baker on Monday, he visited Agip and saipem office in banana island (which is on lock down this morning) and who knows which babe he may have wiped before he broke down on Wednesday and was driven to reddington by his brother and his driver, and on and on and on……

This shit is closer to us than we think

Please share and save lives.
Someone sits too close to you in a bus, please alight.

FG regrets lost of over 2,000 Nigerians to COVID-19 – Boss Mustapha …urges stakeholders to mobilize against pandemic