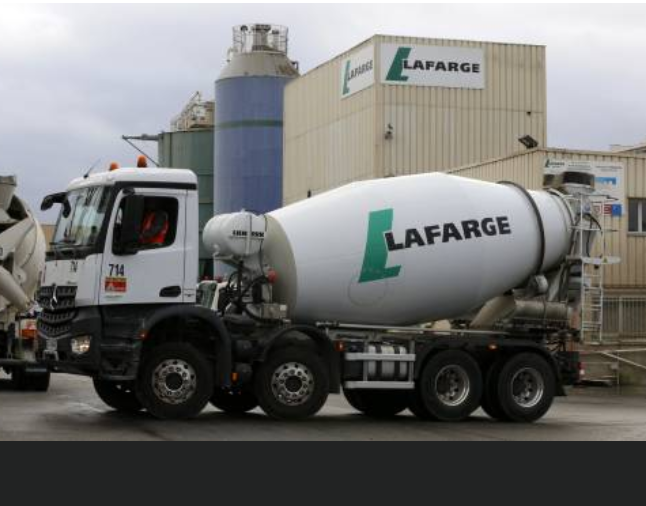 Nigerian Government has shut down Lafarge, a cement manufacturing company in Ewekoro, Ogun State on Friday.

An employee of the company, who drove an Italian infected with Coronavirus with an ambulance to Lagos for medical attention, has also been arrested.

A clinic situated inside the cement factory has also been shut down while staff are currently locked inside a room after fears grew that the Italian had been in contact with many persons in Ogun State before being rushed to Lagos for medical help.

NAIJA LIVE TV had earlier given exclusive details of how the Italian found his way into Nigeria aboard Turkish Airlines on Monday, February 24, 2020 around 9:40pm as against February 25 claimed by the Lagos and Nigerian governments.

The Italian is said not to have shown any signs of being infected with the virus at the time of his entry into the country but developed fever and body aches the next day when he visited Lafarge at Ewekoro, Ogun State.

He was thereafter taken to the company’s clinic that evening and was placed under observation while the Ogun State Government was notified of his situation.

The decision to move the Italian to Lagos was soon hatched following the non-existence of a facility to handle his case in Ogun.

According to findings by NAIJA LIVE TV, the ambulance used to convey the man to Lagos was not from the infection control centre in Lagos as claimed by the State Government but from another clinic in Sagamu, Ogun State.

The driver, who drove the Italian to Lagos, was exposed to him for at least five hours and was not isolated or quarantined but allowed to go home.

As a result of this, he was also exposed to several other person and heightened the risk of the virus spreading further.

A source at Lafarge, a cement manufacturer in Ogun, told NAIJA LIVE TV that, “I am just concerned about the primary contacts.

“The man (driver) is back here now, there are no plans of taking him into isolation

“The health care providers were not also isolated.

“The driver was allowed to go home, claiming he didn’t break any protocol when he delivered the man.

“The company tried to smuggle the Italian out of Lagos by air by pretending that he had Malaria.

“There are so many persons that had been exposed to the index case and if these people are not found and quarantined, we could be in big trouble.”

Apostle Suleman finally breaks silence on having sex with...