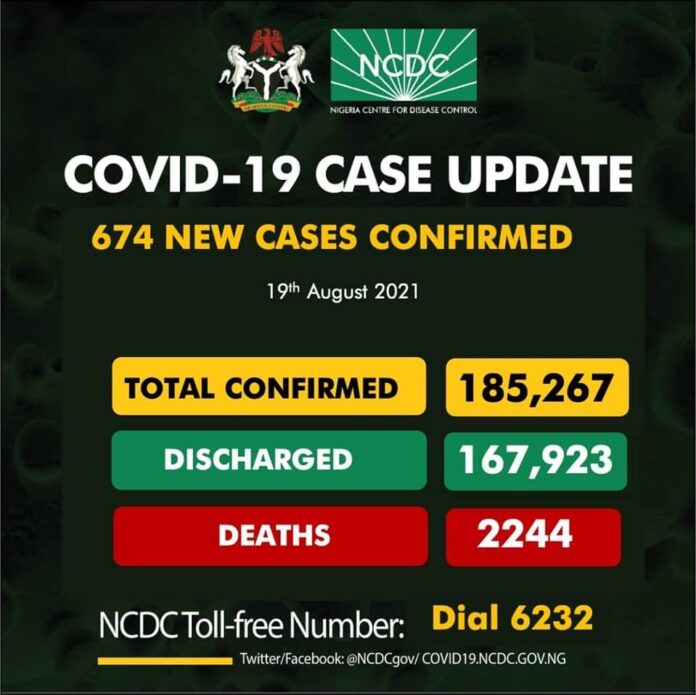 The Nigeria Centre for Disease Control (NCDC) has announced 674 additional COVID-19 infections and eight more deaths in the country as at August 19.

NCDC disclosed this on its website on Friday morning, noting that the nation’s total infections had risen to 185, 267.

The public health agency attributed the surge to the highly transmissible Delta variant and low vaccination rates across the country.

It stated that the new infections indicated a decrease from the 1,149 cases reported on Thursday.

It said the additional infections on Thursday were reported in 16 states and the Federal Capital Territory (FCT), with Lagos State recording 355 cases, indicating it still remained the nation’s epicentre of the virus.

“While Enugu and Nasarawa recorded two each, and Plateau, one, today’s report includes zero cases from Abia, Kano and Ondo States,” it stated.

FG regrets lost of over 2,000 Nigerians to COVID-19 – Boss Mustapha …urges stakeholders to mobilize against pandemic