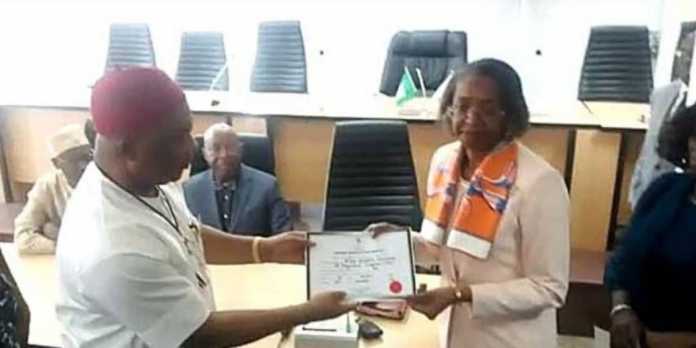 Imo state Governor-elect Sen. hope Uzodinma as received certificate of return from the Independent Electoral Commission (INEC). This follows his declaration as duly elected Governor of the State by Supreme Court

Uzodinma was awarded the certificate on Wednesday, barely 24 hours after the Supreme Court nullified the election of Emeka Ihedioha as the governor of the state.