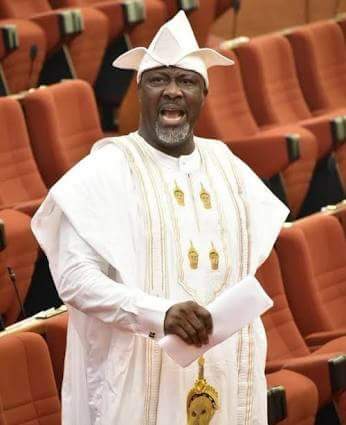 The Kogi West senator, Dino Melaye, has accused President Muhammadu Buhari of making derogatory statements about him and the National Assembly.

He was referring to a statement credited to Mr Buhari where he accused the National Assembly of indolence.

“He said that some of us have been in there and he doesn’t know what we are doing.

“Such derogatory statement and insult on the National Assembly should not be allowed to go unnoticed,” he said.

Mr Melaye presented a copy of the statement in a compact disc to the National Assembly.

PREMIUM TIMES reported how the president criticised the National Assembly and his predecessors last week.

Mr Melaye, who survived a recall exercise, is officially a member of the president’s party, APC. He, however, requested and was allowed to sit with the opposition PDP on Wednesday. He thanked the PDP for supporting him during his travails.