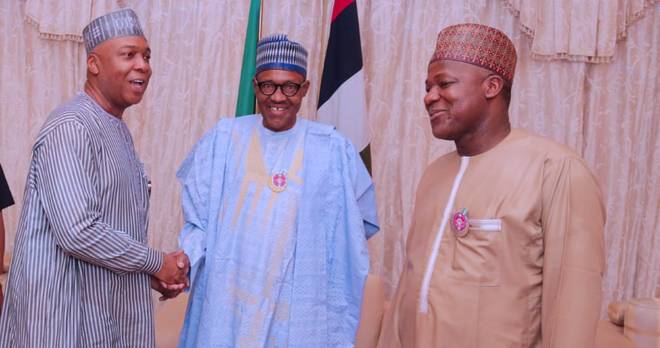 President Muhammadu Buhari is currently meeting with the Senate President, Abubakar Bukola Saraki and the Speaker of the House of Representatives, Rt. Hon. Yakubu Dogara behind closed doors.

It was gathered that the meeting was requested by the presiding officers of the National Assembly over the Plateau killings that claimed over 200 lives.

#NaijaLiveTv had reported that the Plateau State Police Command on Sunday confirmed the killing of 86 persons in attacks on Razat, Ruku, Nyarr, Kura and Gana-Ropp villages of Gashish District in Barkin Ladi Local Government.

But unconfirmed sources have claimed that over 200 people lost their lives in the attack believed to have been perpetrated by Fulani herdsmen.