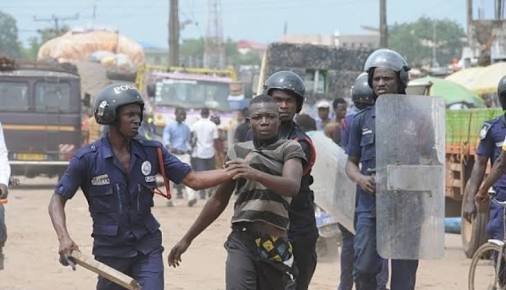 Reporting reaching us reveals that Opolo community in Yenagoa, Bayelsa State, the home of a three term Senator of the Federal Republic of Nigeria Sen. Emmanuel Paulker is currently in chaos, as various factional Youths groups are said to be at war with themselves over political differences.

Though unconfirmed, but scores are said to be injured.

The Presence of men of the “Operation doo akpo” a State own Police Security Taskforce, Bayelsa police outfit are visibly seen at these various spots in Opolo town: 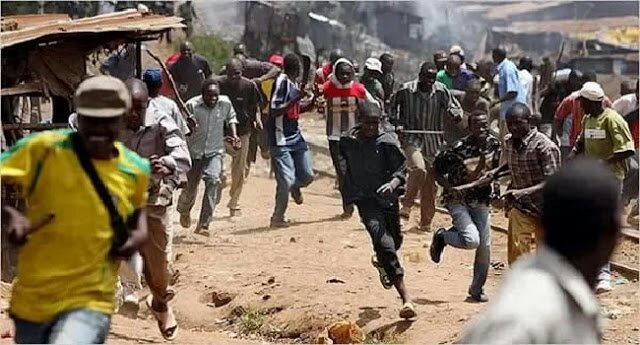 Also, the presence of large number of persons running from one spot to the other is also witnessed.

In relation to the incident, a Facebook user, identified as Ruth Aaron Oviezibe, an indigene wrote on her timeline as follows:

“Bloodshedding ongoing in my community Opolo Epie under the watchdog of leaders.

Ordinarily, “I would have been mute or maintain some silence on this internal crisis lingering my community, But i deemed it fit to call on relevant security agencies, Meaningful traditional rulers of Epie kingdom, SPDC stakeholders before the situation spiral out of control….

Indeed, the existence of my community (Opolo Epie) Yenegoa Local Government Area under the watchdog of our political leaders, elders, women and youths…

Lives and properties are threatened by some hoodlums and land militants …

Its so pathetic and shameful to see my brothers (Indigenous youths of Opolo) killing themselves for peanuts … My people fail to realise that, peace is priceless and terror is
Senseless…

I write with great pain in my heart. And i condemn completely the show of disarray in my community Opolo Epie due to this puzzling circumstance

Opolo community unity is not negotiatetable