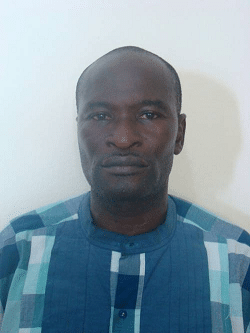 Mr. Jones Abiri, the man said to have been arrested by the Department of State Services , DSS, is not a journalist and does not belong to any chapel of the Nigerian Union of Journlists, Malam Garba Shehu, the Senior Special Assistant to the President on Media and Publicity clarified Thursday night. Shehu said Abiri was arrested for pipeline vandalism and crude theft, including militant activities in the Niger Delta.

The presidential spokesman was reacting to a statement at the World Congress of International Press Institute in Abuja that a journalist, known as Jones Abiri was arrested in the course of his work.

“On the issue of the arrest and continued detention of Mr Jones Abiri, who allegedly parades himself as a journalist, by the Department of State Services (DSS), it is instructive to note that the accused is a guest of the security agency because of his alleged involvement in militant and criminal activities. “Admittedly, the issue of Abiri had been brought to the attention of the Presidency by the Committee to Protect Journalists (CPJ).

“As a true believer in the rule of law and the integral role of the media in a democracy, the Presidency did interface with the security agency involved in the matter and our findings confirmed that the suspect is in custody because of alleged involvement in pipeline vandalism and theft.

“Abiri is not a registered journalist with any of the media professional bodies in the country.’’ Shehu further stated that there was no evidence to show that Abiri belonged to any chapel or membership of the Nigerian Union of Journalists (NUJ) or payment of the union’s check-off dues.

“Abiri’s stock-in-trade and notoriety in the liberalised Nigeria media industry include fronting as a spokesman for militants engaged in economic sabotage in the Niger Delta region,’’ he added.

According to the presidential aide, President Buhari is resolutely committed to the freedom of the press and his administration will ensure that media personnel in the country discharge their duties without let or hindrance.