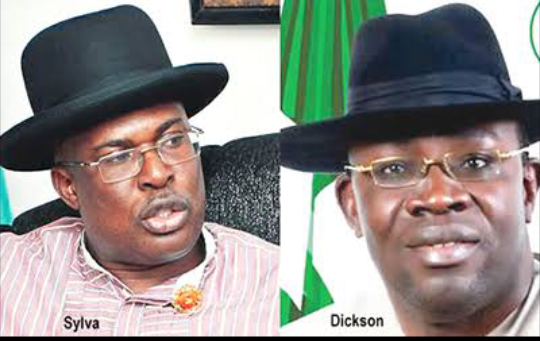 The Bayelsa State Government yesterday accused the Former Governor, Chief Tomiperetu Sylva and other chieftains of the All Progressives Congress, (APC) over alleged involvement in the cases of payroll fraud, employment racketeering and other unethical practices in the civil service while in office.

The Commissioner for Information and Orientation, Mr. Daniel Iworiso-Markson, who made the allegation known during an interactive meeting at Twon-Brass in Brass Local Government Area of the state, said the style of governance of the immediate past administration created rooms for rot and decay in the public sector.

He accused the Chief Timipre Sylva-led administration of leaving behind huge debts and over bloated wage bills which the present administration is addressing through the ongoing public service reforms.

Mr. Iworiso-Markson said it would be wrong and most unpatriotic for any right thinking Bayelsan to align with the APC chieftains in the state, who are bent on rocking the progressive boat of the Restoration government.

Iworiso-Markson stressed that members of the APC in their desperation to clinch power had displayed their hatred for the state by making the false promise to reinstate over aged workers who have been weeded out of the system by the reforms.

The Government’s Spokesman said that it was rather shocking that a political party would give overt support to certificate forgers, age falsifiers, octogenarian civil servants, those receiving salaries from multiple agencies of government, workers who do not go to the office, Diaspora workers and those behind the ghost workers debacle in the state.

The Commissioner called on the Bayelsa people to reject the APC as they have always done and to also resist the move to take the state back to the regrettable era of rot and decay.

He also warned civil servants against involved involvement in partisan politics stressing that government would not allow any unholy alliance of disgruntled civil servants and APC saboteurs to thwart the ongoing efforts to reform the public sector.

According to the Commissioner, “Bayelsans will not make the mistake of allowing such characters to lead them again as they lack the political will to do what is right to move the state forward”

“The Governor Dickson-led administration will not sack any genuine worker. So people should disregard the cheap blackmail sponsored by some APC stalwarts that government has sacked 28000 workers.

“We have given that assurance. And we mean it. Every right thinking person within and outside the state are in support of what the government is doing.

” Even some members of the APC are appreciative of what we are using this reform to achieve. It’s only the criminal minded ones among them that have failed to see the importance of these reforms. Instead of blackmailing this administration they should thank the Governor for clearing the rot they created.

“We are not bothered because the reforms have come to stay and nothing will stop us from implementing them. Because they do not mean well for the state, they have started promising people that they will reinstate the ghost workers that have been removed from the payroll.

“It is unfortunate and indeed shocking that the APC members in their delusion are promising those affected by the reforms that if they take over power come 2020, they will reverse the reforms and reinstate them back to work.

“The APC in its desperation to clinch power at all cost promises to reinstate over aged workers who have been weeded out of the system through the reforms. They want to reinstate certificate forgers; they want to reinstate payroll fraudsters, age falsifiers, those receiving salaries in multiple agencies of government, those who don’t go to work etc.

“Of course, Bayelsans know what to do as they have always done. They should reject the APC in Bayelsa and resist this pathetic and failed attempt by the party to return the State back to Egypt.”

“But going forward, any civil servant that is found culpable of colluding with politicians to rock the progressive boat of the state will be shown the exit door.

In his welcome address, the Caretaker Committee Chairman of Brass local government area, Mr Victor Isaiah saluted the efforts of the reforms team, noting that the Council now saves an average of N10million monthly.

According to Mr Isaiah, the total monthly wage bill of N116million comprising the salaries of council and primary school staff has been reduced to N106million.

Also speaking, the Special Adviser to the Governor on Treasury, Revenue and Accounts, Mr Timipre Seipulou, assured that the present administration was doing everything to sanitize the public service and develop a comprehensive database of workers in the state.

Meanwhile, the Bayelsa State Government has debunked a claim by the All Progressives Congress led by Chief Timipre Silva that the government sacked 28,000 workers as a fallout of the going reforms.

The Commissioner for Information and Orientation, Mr. Daniel Iworiso-Markson, said in a statement on Friday that the claim made by the factional Chairman, Jothan Amos, only confirmed the APC in the state as a party that thrives on lies and fraud.

Iworiso-Markson said that Jothan and the leadership of the APC only made a failed attempt to discredit the well intentioned and generally received public sector reforms in Bayelsa.

He said that Media reports quoting the APC Chairman as having described his imagined sack of 28,000 workers as regrettable only shows that he and his misled followers are not abreast of developments in Bayelsa.

The Commissioner said that it was not exactly unexpected for Diaspora and seasonal politicians to display crass ignorance and cling onto anything including lies to seek political relevance.

The Government’s Spokesman stressed that the blackmail from the APC was an indication of corruption fighting the reforms designed to free Bayelsa from the greedy talons of payroll vultures.

He added that any politician attempting to attack the reforms and the removal of fictitious names from the payroll was an enemy of Bayelsa and her people.

He stated that that only those who do not mean well for the State and the unemployed graduates in Bayelsa would fault the genuine intention of the government to rid the public service of ghost workers, over aged personnel and others to create space for employment into the public service.

The Commissioner described the commencement of the ongoing exercise to engage 1000 workers into the public service as a pointer to the benefits of the reforms in addition to the huge financial reprieve from the removal of ghost names from the payroll.

He challenged the APC factional Chairman to provide one qualified Bayelsa civil servant who was sacked as a result of the ongoing reforms to back his spurious claim.

He restated the position of the Governor that the reforms were not mean to sack people and foist hardship on the citizens.

He said, “It is clear that the APC faction in the state is worried by the wide acceptance of the reforms by Bayelsans. To them, everything must be seem from their primitive prism of injurious politics.

“When you are out against ingrained corruption, what do you expect? Corruption will fight back. This is a classical case of corruption drawing the daggers against the reforms in the name of APC in Bayelsa.

“Anybody faulting the holistic implementation of the reforms hates Bayelsa; Anybody attempting to politicize the removal of fictitious names from the over bloated payroll is an enemy of the unemployed Bayelsa youth.

“What this government has done is what other administrations failed to do because they considered political considerations above the interest and survival of our dear state.

“Who are the 28,000 workers that have been sacked? Where were they sacked from? If the APC is on the ground in Bayelsa, they should have been in a position to parade some of the supposedly sacked workers from the public service.

“The fact is that a party build on a mound of lies can’t stand. This lie should be discountenanced. Bayelsa is not a ghost society. You don’t sack ghost because there is no provision for them in the society of humans. Are they alleging sacking of 27,00 ghosts?”

He insisted that no amount of blackmail from the APC or elsewhere would stop the government from implementing the reforms.

He said that the APC in the state could not claim ignorance of the removal of 55,000 ghost names from the payroll by the Federal Government.

Iworiso-Markson added that if Jothan had been reading the papers, he would also have realized that similar implementation of Reforms and indeed outright sacking of workers have taken place in many APC states.