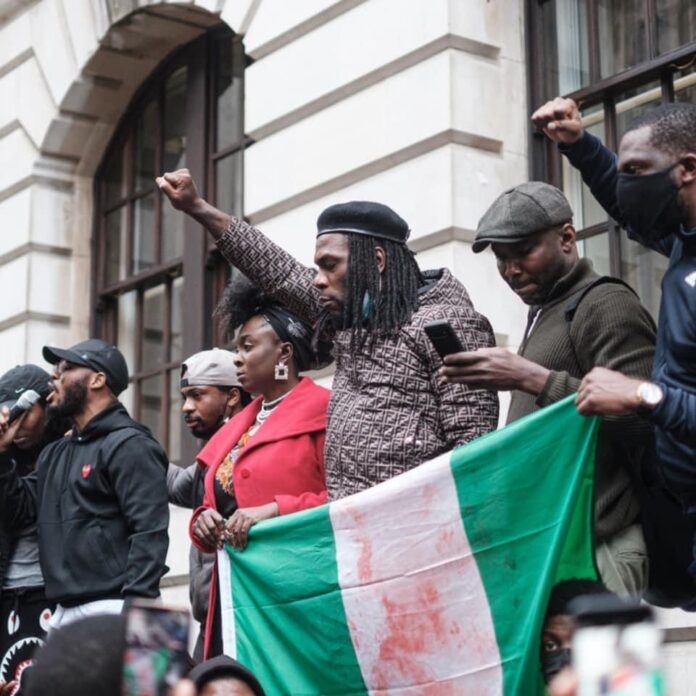 I am not a lawyer and I will not assume to be one but I am not a novice to law but allow to make some legal conjunction in the course of this discourse by looking at these words, a crime and an offence.

The words are used interchangeable but there is a difference between crime and offence and they may appear wrong or at least paradoxical to some of the readers. This is because most people believe crime and offence to have the same meaning to be used interchangeably. Of course, there are great similarities between the two concepts, but despite the overlapping, there are subtle differences that will be highlighted in this article.

Every society has a system of written rules and regulations to deal with people who deviate from normal, accepted behaviour. People who violate these rules are treated as criminals and punished according to the laws of the land. Any act or behaviour that harms others and society, in general, is a crime and is dealt with accordingly.

Crime differs from social norms in the sense that there is no legal standing of norms and a person violating them cannot be punished by law. It is only when he has committed a crime that violates a written law that a person can be arrested and interrogated by law enforcement authorities and later tried in a court of law. The court may give its verdict of a prison sentence with a financial penalty for the culprit if the accused is proved guilty.

If one looks up a dictionary, the offence is defined as an act that violates civil or criminal law. This violation is of such a nature that it brings harm to society and makes the culprit liable to serve a sentence in prison with a possible financial penalty. Different countries of the world have different judicial systems in place, and the definitions of the word offence differ accordingly. The thing to remember is that an offence is punishable by law only if is cognizable. This means that the offence must violate some penal laws to be tried in a court of law. Unless the act or behaviour finds no mention in law, it is not an offence. Violation of criminal law is, therefore, an offence and it is an offence that finds mention in law books as a definition, not crime.

What is a crime? According to Merriam-Webster dictionary, it is an illegal act for which someone can be punished by the government
especially: a gross violation of law, a grave offence especially against morality, criminal activity and something reprehensible, foolish, or disgraceful.

What is an offence? Law makes no difference in the words crime and offence and, in fact, terms violation of penal laws as the definition of the offence. An act or behaviour that does not break a law is not an offence. The word offence comes from an offender who is a person violating a law. However, a crime is always a violation of the law.

Crimes / Offence are in grades also punishments, while some carry a maximum punishment of sentence of jail terms or could be of fine or both fine and a term behind the bar. So, in a saner clime, a crime is a crime no matter who commits it or no matter whose ox is gore and except on the prerogative of a court or the lawyer argument, one can let be loose from the crime or get the mercy of sin no more.

In Nigeria, major crimes or offences include rape, kidnapping, murder, burglary, fraud, terrorism, robbery, cyber-crimes, bribery and corruption, money laundering and so on. Crime is an important topic and it is of interest because of the consequences and penalties it attracts (which ranges from fine to death).

As mentioned earlier there are various crimes or offences and defacing of Nigerian Flags and Coats of Arms are a punishable offence. Under the Flags and Coats of Arms Act of Chapter 148 Laws of the Federation of Nigeria 1990 say section 2(b) says “the flag of any member State of the Commonwealth if the flag so flown or exhibited bears thereon any addition or is in any way modified or defaced, shall be guilty of an offence against this Act.” What the punishment carries is another debate entirely but most importantly is an offence against the Nigerian state.

So, as I said I am no lawyer but If defacing a flag is an offence and is punishable under our law and many of us see nothing wrong with it because it is done in protest then you can as well support every other anomie and ominous acts going on in the country because many also justified their actions in protest.

So, I ask these questions: Is it not in protest that the marauding bandits in many parts of out are carrying out their ignoble venture of killing, kidnapping, raping as we are told by Sheikh Ahmad Gumi? According to the bandits’ apologist, the bandits are complaints they were being killed and maimed unjustly by security agents. His words: “The outcome (of his visit) is very positive. We have many factions and each faction is saying I have complaints and grievances – we are persecuted, we are arrested, we are lynched -,” the cleric said, quoting the bandits. Or is banditry not a crime/offence?

Is it not in protest that the yahoo-yahoo guys have resorted to cybercrime and advance free fraud, yahoo plus, (ritual killing )due to hardship of Poverty and Unemployment because the government hasn’t provided enough or created jobs for the army of youths so they decided to tarnish the image country in protest?

Or isn’t due to perceived injustice, that some persons have decided to set the state assets such as Independent National Electoral Commission (INEC), offices, Police stations and correctional facilities ablaze in protest? Or arson is no more a crime and offence?

In Niger Delta, the pipeline carrying crude is hacked and commodities are stolen while the remains are flush into the rivers causing huge pollution and environmental degradation. Also is done in protest because the resource is ours and we aren’t getting much from it? Is that a crime or an offence?

I can go and go on to list many stances and issues that we have condemned and still because they see vices or act have no place in our society and values but suddenly we see no crime or offence in the photo of the red-stained flag as many of us have developed a selective judgment.

But If the law says something is a misdemeanour and punishable though done in protest does it stops it from being an offence?

Miss Udeh Chiamaka, the model who displayed a blood-stained Nigerian flag while contesting as the Miss Africa Russian on the runway has committed an offence and Bovi, the comedian who pulled off a similar act at The Headies 2021 with a blood-stained #EndSARS-themed outfit had committed an offence too. This is the law or else you want to play the role of an enabler. The Soldiers who invaded and allegedly killed innocent and harmless protesters at the #EndSAR protest at Lekki Toll-gate have also committed a crime if proven. And the desecration of the Nigerian flag is a crime and let us not make excuses for other crimes such as embezzlement of funds, kidnapping, banditry, violence, cybercrime etc are bigger crimes and we should overlook this because it is done in protest as a civil right and then we might as we stop condemning other crimes or offences as defined in our Constitution but as Frederick Nwabufo puts it “When you hyperbole crimes committed by other people because they are not your people, but excuse those of your people, you’re an aboriginal hypocrite.”

And those supporting the offence should start by driving against the traffic or burning houses or state assets in protest believing they’re doing the current regime because things are not working properly forgetting that the regime has a lifespan and the seed you sow you will reap. APC is reaping her own now who knows what is coming?

Lastly, “If you don’t like someone’s story, write your own.” Chinua Achebe