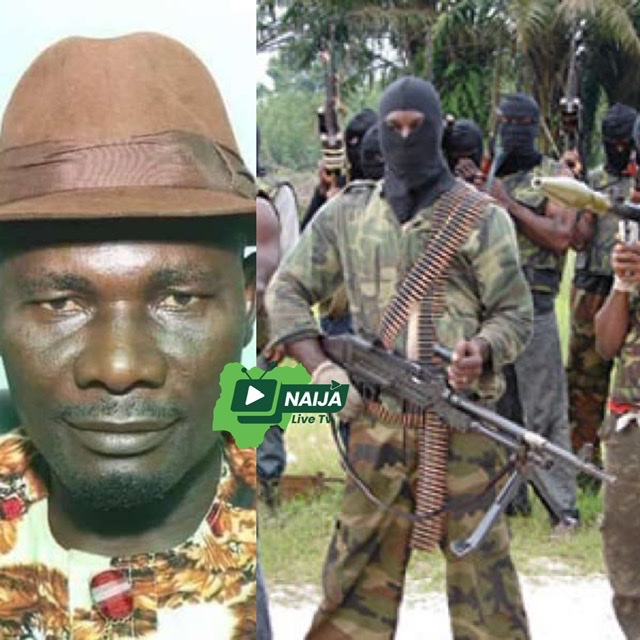 The abductors of the Bayelsa State Commissioner for Industry, Trade and Investment, Federal Otokito, have contacted the paramount ruler of his community, Otuokpoti, in the Ogbia Local Government Area of the state.

Otokito’s assailants, believed to be operators of illegal crude oil refinery, also known as ‘kpofire’, had stormed his residence in the community on Thursday night and grabbed him from his bedroom at gunpoint into a waiting speedboat at the waterside and sped away.

They were said to have kidnapped Otokito for opposing their plan to set up an illegal crude oil refinery in the community’s forest.

NAIJA LIVE TV learnt that the kidnappers’ leader called the community chief on the phone and informed him that the commissioner was in their custody.

But they were yet to contact the victim’s family more than 48 hours after they took him away to an unknown place.

A family source, who spoke in confidence on Saturday, said the kidnappers’ leader called the traditional ruler at about 5:30am on Saturday.

According to the source, the camp leader did not demand any ransom but stated that they would release Otokito only on the condition that his detained father was released by the police.

The source said, “They’ve not contacted the family but the actor (leader) called the paramount ruler that he actually did the kidnapping and the commissioner is with him.

“He called the paramount ruler at about 5:30am but did not demand ransom. The only seeming demand he placed is that his father held by the police should be freed. He threatened to come back to the community if his demand was not met.”

Before the incident, the gang leader had reportedly approached Otuokpoti community and held a meeting with some elders and youths, where he sought to set up an illegal bunkering camp around the community’s bush.

He and his men allegedly sealed the understanding reached at the meeting by providing bags of rice, lives goats and cash gifts, among other items.

However, Otokito got wind of the meeting and headed to the village and vowed that as a serving commissioner, he would not allow any illegitimate oil refinery to operate in the area.

He was said to have also confronted the leader of the gang and warned them to stay away from the forest, threatening to expose them if they attempted to carry out their nefarious business.

Apparently angered by the commissioner’s decision to abort their illicit plan, the armed oil thieves were said to have stormed Otokito’s house at about 11pm on Thursday and gained entrance through the kitchen.